But after Rogers’ accident, things were to get worse for Stella. Her husband, the sole bread winner, walked out of their marriage, leaving her with two children and another one soon to be born.

“I had to release the house girl because I had no money to pay her. Since I had to stay with Rogers in hospital and with my husband now gone, there was no one to take care of my daughter, so I requested a neighbor to take her in. I was humbled by her kindness because she herself was a single mother of four, yet she agreed to feed an extra mouth without any hesitation –even though I didn’t have a single cent to offer her, not even for a packet of milk.”

Each day, Stella would camp at Kenyatta National Hospital (KNH) where Rogers was admitted. But even more worrisome, was the growing hospital bill. She also had no idea where she would get money to deliver her third child.

“When my labor pains began, I decided to go deliver at Pumwani Maternity Hospital instead of KNH, because I knew that at Pumwani, good Samaritans sometimes paid the bills of poor mothers. This was in 2010 –before the government’s introduction of free maternity care.”

She then kissed her son Rogers goodbye (he was still in a coma in ICU) and went to Pumwani Maternity Hospital, where she delivered her daughter via caesarean section.

However, since she was unable to pay her Sh10,000 maternity bill, the hospital detained her. Stella called up her relatives –most of them peasant farmers back home in Meru and explained her predicament, requesting them to fundraise for her. But after a month of being detained and with little funds coming in from her relatives, the hospital eventually waived her bill and released her to go home. 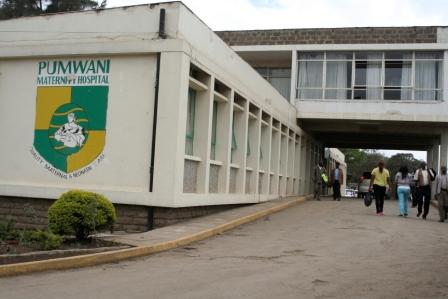 “After my newborn daughter and I were discharged, I immediately went to check on Rogers, who I had not seen for the entire month I was in Pumwani. Thankfully, he was still alive! I was so overjoyed because I’d been fearing the worst.”

Stella then returned home so that she could also check on her older daughter whom she’d left with a neighbor. While her daughter was fine, she found that her own house had been locked by the landlord due to rent arrears.

“My relatives bailed me out and took my older daughter with them to the village in Meru to stay there for a while. I also decided to sell most of my house hold items so that I could raise some money for survival since I had nothing. The stress I was undergoing was unimaginable. In fact, I had to introduce solid foods to my daughter when she was just two months old since the stress had made my breast milk dry up.”

Rogers stayed in the ICU for three months, before being transferred to the general ward where he stayed for another two months. His entire five-month stay in the hospital resulted in a bill of Sh170,000. Money she didn’t have.

“Someone told me to approach the Social Work department at KNH and explain my situation to them. I did so and thankfully, they waived the bill. I was so happy and grateful!”

A few months later, when she believed Rogers had fully recovered, she began her search for a school for him, and each time she found one, the previous challenges would arise.

“The teachers would complain about his hyperactivity and how he was a nuisance to other children. Other parents would also complain about Rogers, urging the head teacher to eject my son from the school or else they would withdraw their children.”

Special schools were however out of Stella’s reach.

“There was a good school I found, but I was told the school fees was Sh25,000 per term. It was impossible for me to afford that. There was a cheaper one I got for Sh4,000 per term, but even that one I couldn’t afford. I felt so frustrated because I really wanted Rogers to go to school, but it was just so difficult!”

Stella would earn her living as a ‘mama fua’ (laundry lady) in her Mwiki neighborhood in Kasarani, Nairobi. Any money she made would make would go towards paying her older daughter’s school fees, rent, and food for her children. This, in addition to buying the daily medication that Rogers required. At the end of the day, Stella had no money left. 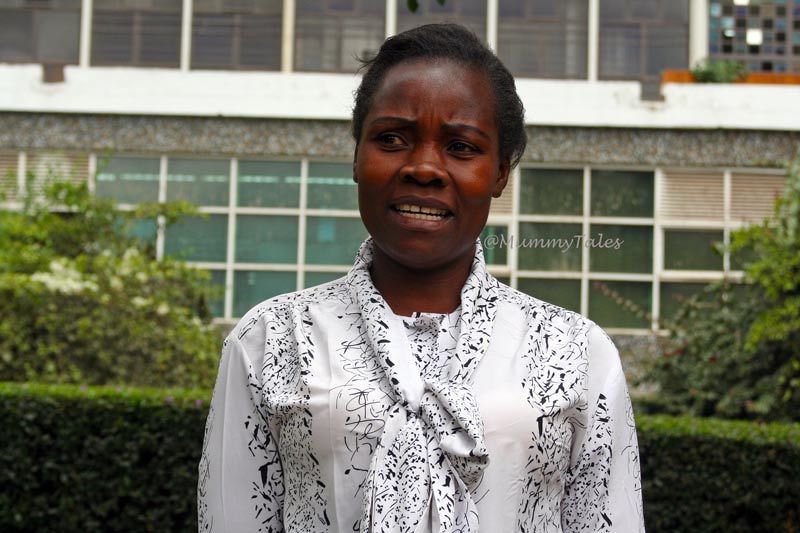 Rogers Finally in a Special School

However, one thing that Stella says she’s always done, is be proud of her son.

“He is a child with intellectual disabilities, and I have come to accept that. I go everywhere with him, and when people ask me about his condition, I let them know about it. One day in church, a fellow congregant asked me why I don’t take Rogers to school. I explained my struggles regarding Roger’s schooling. She listened keenly, then told me she knew of a school that took in children like Rogers. I thanked her, but told her there was no way I could afford the school fees, because I’d been down that road before.

But she informed me that an organization called Action Network for the Disabled (ANDY) would help with Rogers’ school fees, and that I would only be required to take care of his shopping. That sounded unbelievable to me, but I was nevertheless willing to hear more about this ANDY.

Well, her friend’s information turned out to be true and in January this year, at the age of 13 years, Rogers was enrolled in the school that works together with ANDY, and which upholds inclusive education. Rogers is a boarder there.

But it gets better, Stella says.

“When Rogers came home for the April holidays, I noticed his behaviour had changed. Rogers can now dress and feed himself –things that he’d never been able to do. I don’t know how the teachers at the special school have trained him how to do so because I had spent years trying to train him, albeit unsuccessfully.

Rogers is also now calmer, less hyperactive, aggressive and rough. He can actually sit still! Sometimes I can’t believe it’s him! I am happy with this progress. The school has really helped him. But do you know what else is amazing? Rogers can now count. The other day he told me he was going to count from number 1 – 30 and even though he skipped most of them and repeated others, it completely warmed my heart because never in his life had he tried to do so.

Taking him to that school has made me realize that indeed, special schools are very helpful for children with disability. It’s only that I never had the money to take him to one, but I realize that had I done so early enough, then he’d be far now in terms of his growth and development. However, it’s good to know that it’s never too late and that’s why, at the age of 13 years, I’m happy the he is in a school that understands him and accommodates his special needs. I am so much at peace.

I am a great believer in education as the best investment a parent can give their child, and that’s what I will always endeavor to give my children,” concludes Stella, who has also trained as a nurse aid.

Action Network for the Disabled (ANDY) is a disabled persons organization whose mission is to enhance the life prospects of children and youth with disabilities through education and sustainable livelihoods. 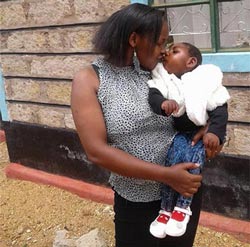 “I am So Proud of My Daughter; She is my Blessing” -Winfred Mbathe’s Story