To ensure I didn’t get very bored while home alone during the day (my siblings went to school while dad went to work), my dad bought me a small radio. As I listened to it, I admired the radio presenters for their knowledge and eloquence, and I began desiring to be a radio presenter too. But what were the chances of that ever happening? All I could do was dream.

My dad meanwhile knocked on the doors of so many schools, without success. When a year passed with me staying at home and out of school, my dad, frustrated, woke up early one morning and left for Thika town. There, he asked around for Joytown Primary School -a school he had been told was for children with disabilities and there, he explained (more like pleaded) his case to the head teacher. Unexpectedly, he was told to return with me for an interview. Even though it’s the response he had been hoping for, the fact that the head teacher responded positively shocked him, since he didn’t think he stood a chance.

Anyway, I ended up going for the interview at Joytown, and secured admission. Again, thankfully, the Italian organization agreed to come on board again –and paid for my entire school fees at the school. In addition, they also gave my dad money to buy everything I needed to join the boarding school –including all the shopping! 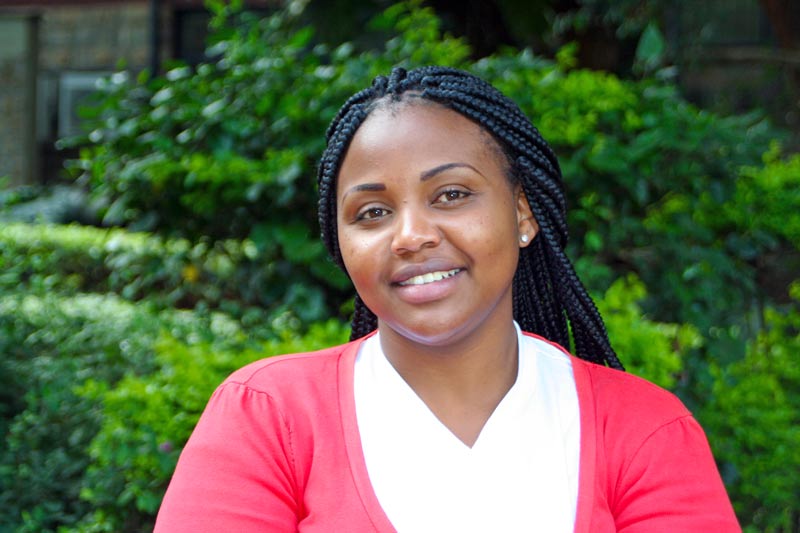 But as I studied, I began facing another worry. Would I go to secondary school? Where would the money come from? I knew my parents wouldn’t afford the fees, and I cried as I thought about this. I didn’t want my dreams of a good education coming to an end. My parents however encouraged me to work hard and have faith. I listened to them and studied hard. I scored 374 marks out of 500 in KCPE, and managed to secure a spot in a national school. However, the school was in Kisii County, and because of my disability, my parents decided to search for a school nearer to Nairobi or Murang’a, where they could easily monitor me.

In the meantime, I applied for a scholarship under the Wings to Fly programme, and surprise surprise – I was selected as a beneficiary! With the scholarship, I returned to the same school –Joytown –in the secondary school section. Once again, my school fees was fully paid for by the Wings to Fly programme. I was very happy. I even became a head girl at the school while in form three, a responsibility that enhanced my leadership skills.

I managed to score a C+ grade in form four, and even though I was grateful for the grade, I was disappointed that I hadn’t scored well enough to secure admission to a public university, where the fees would have been cheaper. Nevertheless, my dreams to be a university graduate remained real, even though things were so bleak and it appeared that they had come to an end. 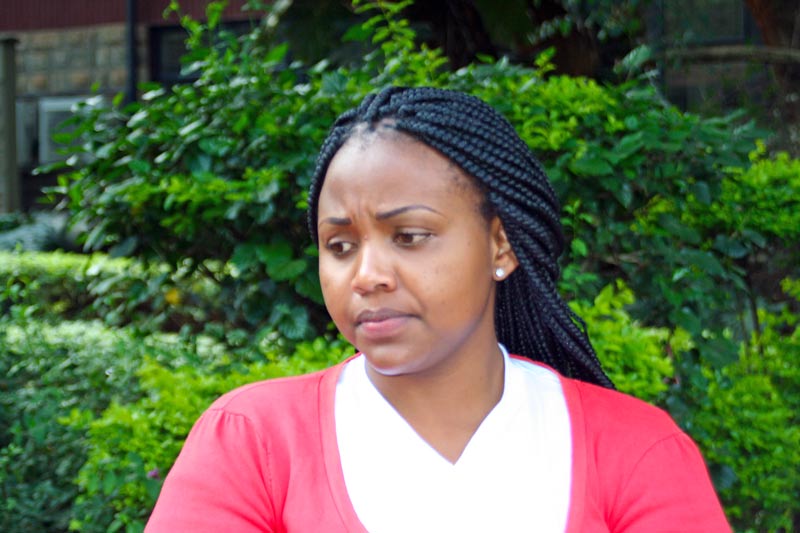 One day, while relaxing at home with a friend who was a student at the United States International University (USIU) –Africa, he revealed to me that he was a scholarship student there. He encouraged me to try my luck too –just as he had done. “You have nothing to lose” he told me. So I sent in my application and waited.

I would receive a pleasant surprise when one day, USIU invited me for an interview. Suffice it to say that I was granted the full scholarship for my tuition!

But there was yet another challenge. My tuition was paid for. But how would I get from Kiambiu slums to USIU every day, and return home after classes –on a wheelchair? My friend –who had told me about the scholarship, informed me about off-campus accommodation which would work best for me. If only I could afford the rent. I decided to fundraise from my friends. Unfortunately my friends all had their own financial challenges and were unable to support me. In fact, some questioned why I was being so ambitious trying to get into an expensive university that was way out of my class. They advised me to ‘stick to my lane’.

But I was hopeful. I tried looking for small jobs to try raise money, but that didn’t work out either. So I stayed at home, dejected, sad that I was actually facing the possibility of not making it to study at the university. One day during my down moments at home, I heard a knock on the door. It was a community mobilizer from a certain NGO, going from door to door giving health talks about HIV. Even though I wasn’t in the mood for receiving a visitor, I invited her in because it would have been rude of me not to. She introduced herself as Winnie, and after she’d finished her health talk, she asked me about myself. I told her about my life, and my desire for a higher education. Talking to her was comforting because she didn’t make me feel as though my ambitions were absurd. 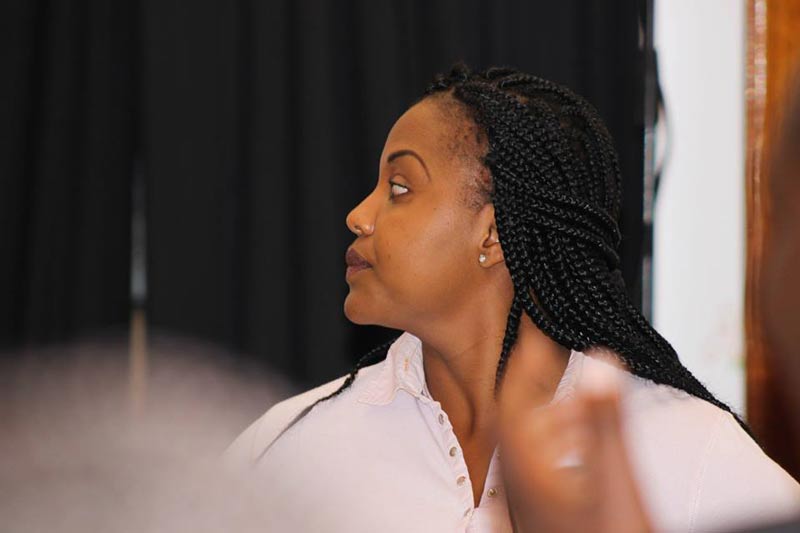 As I talked to her, Winnie told me she’d once heard of an organization that helped special needs children with their school fees. The organization was called Action Network for the Disabled (ANDY), and she told me she’d look for their contacts then get back to me. I didn’t know Winnie and she didn’t know me either, so I really wondered why she was going out of her way to be helpful, yet it wasn’t even part of her work. But I went with the flow anyway.

Well, a few days later, I was surprised when I received a call from ANDY. They wanted to meet me and interview me. Can you imagine that the same lady –Winnie -got me a taxi and paid my fare to and from the ANDY offices in Kilimani? I believe she’s an angel.

During the interview, I informed ANDY that I had received the USIU tuition scholarship but I was unable to pay for my accommodation. I explained my sincere thirst for a higher education and my dreams for a better future. Well, I was in for another surprise when ANDY pledged to pay my rent at a house near the school for the entire duration I will be at USIU. I cried so much when I heard that. And true to their word, they followed it up. 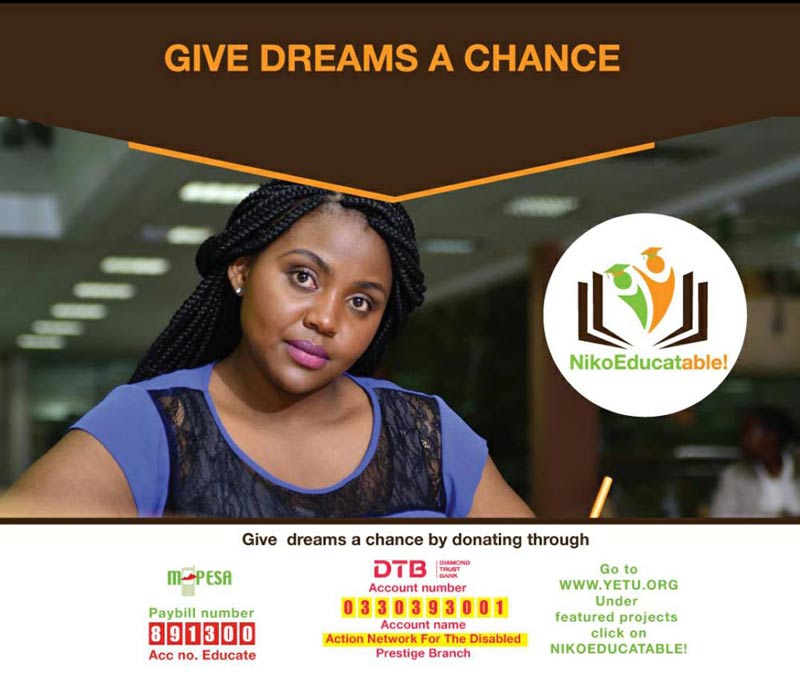 With my tuition and rent sorted, my parents, who were even more grateful for all that was happening, committed to helping with the other expenses. A few days before I reported to USIU, I remember my mum selling off her favorite cow for a throw-away price of Sh10,000 just so that I could buy a sufuria, a plate, cups, a thermos, unga, rice, some presentable clothes, shoes, shopping and a few other necessities.

Since September last year, I’ve been undertaking a BA degree in International Relations, with a minor in Journalism studies. The house where I stay is two minutes from the school and I have no difficulties whatsoever accessing my lecture halls. I am also able to rest and lay my head comfortably after school, as well as study and undertake my assignments there. The house has water, electricity, internet and other necessities. It is a decent place –one that I could never have afforded if it were it not for ANDY.

My father sends me money for food and toiletries. He works in ‘jua kali’ along Jogoo rd/Landhies rd in Nairobi and has been so supportive of me. I have seen him get so stressed when he wasn’t able to do much for me. He is a committed dad and I love and celebrate him everyday. 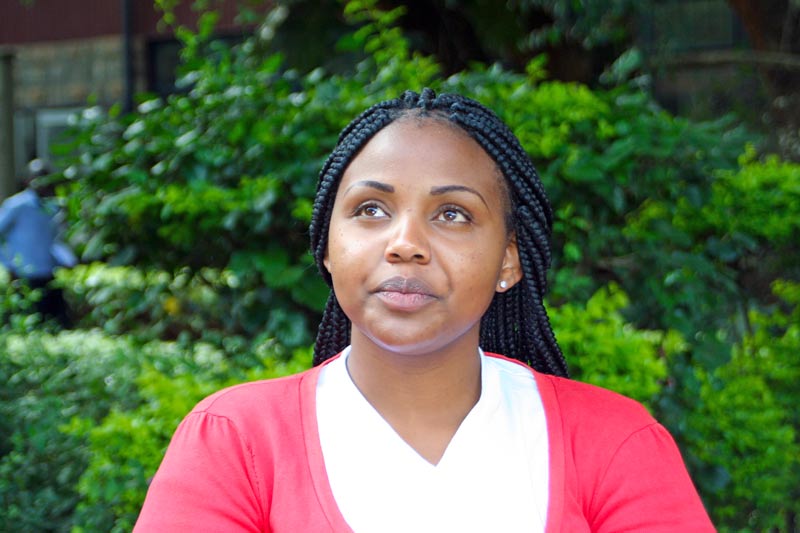 I joined USIU in September last year, and I’m pursing a BA degree in International Relations with a minor in journalism studies. I am inching closer to my dream of becoming a diplomat or a journalist, courtesy of people’s generous contribution towards me. I always say that I am a product of people’s generous giving: the Italian organization, APDK, AIC Kijabe Hospital, Wings to Fly, Winnie, USIU and ANDY. They have all given towards ensuring that I get closer to my dream. You never how far your contribution can take someone. That’s why I’m involved in the #NikoEducatable campaign championed by ANDY, because I know that their cause is noble and true. I encourage you to support the #NikoEducatable campaign today, and help that one child with disability get closer to their dream.

You May Also Like to Read these Related Articles: