The young boy told me that their mothers had banned them from coming to my house anymore because I would bewitch them.

“Our mums told us that you are an evil witch, and that’s why you don’t have any children,” he innocently told me.

I cried for days after that. Their mothers were my neighbors, my friends. Women like myself. Why would they make such hurtful comments? 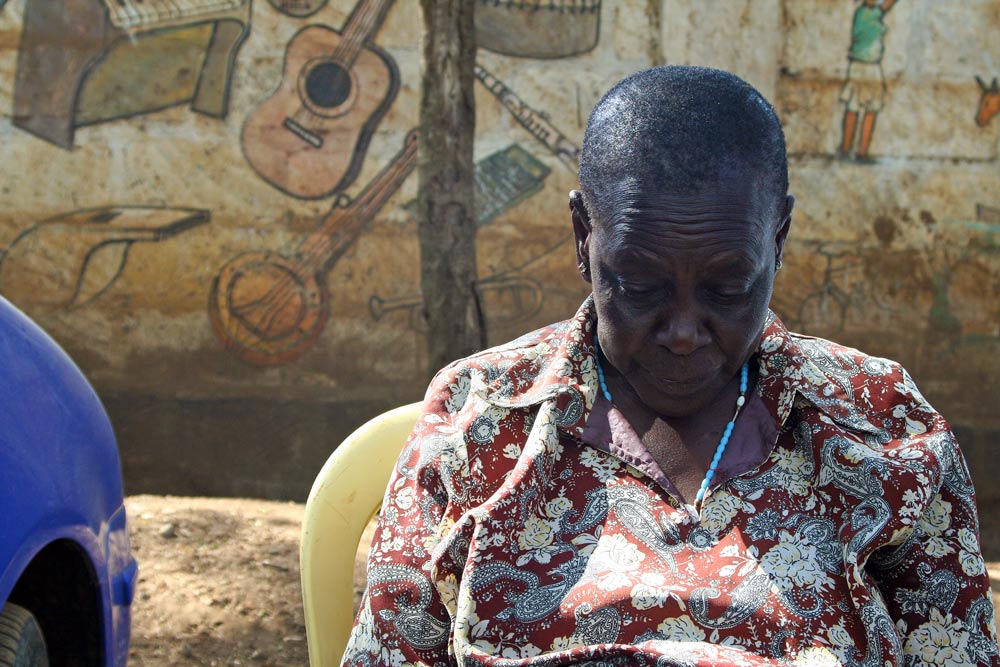 What do Barren Women Spend on Anyway?

Speaking of neighbors, friends and relatives, it’s interesting to note how people feel entitled to your money when you don’t have a child. I have experienced many situations where people expect me to make huge contributions towards their fundraising appeals that include medical bills and school fees for their children.

When I tell them that I’m broke and I can only give a little, or when I say I’m unable to contribute at that time, they say:

“What problems do you have when you don’t even have a child? You don’t pay school fees, buy clothes or food for them. Your expenses are for your luxuries. Surely Patricia, why are you so stingy with your money?”

There are times I have tried to ask for help from friends and relatives when I have been down financially, but they dismiss me, telling me that in fact I should be the one giving them money because they have mouths to feed, unlike me whose money is for ‘non-essentials’.

I consider myself a strong woman but I am human too and many times, people’s comments about my childlessness have affected me to a point of being suicidal. I remember one day buying a rope and going to an open field in Dagoretti where there were many trees.

As I sat there, deciding on which tree I would use to end my life, a stranger appeared from nowhere and began talking to me. She told me she was on her lunch break and was headed to buy food when she spotted me and something told her to talk to me.

Let’s just say that she used her lunch time to encourage me after I opened up to her and poured my heart out. Even though I didn’t ask her, from the words she spoke, I got the strong feeling that she too may have been barren. It was just my hunch though.

But that was not all. She used her lunch money to buy me shopping in a nearby supermarket before returning to work. I never got her name or contacts and I’ve never seen her again, but I believe she was an angel. I never contemplated suicide again after my chance encounter with her.

Where will I be Buried?

Over the years, the one thing that I have regretted is that I was unable to complete my education. Even without a child but with an education, I believe life would have been different. At least I would have been able to get a good job, afforded a decent lifestyle and even purchased a little property for myself.

What particularly worries me now, in my old age, is that I have no land. Where will I be buried when I die? 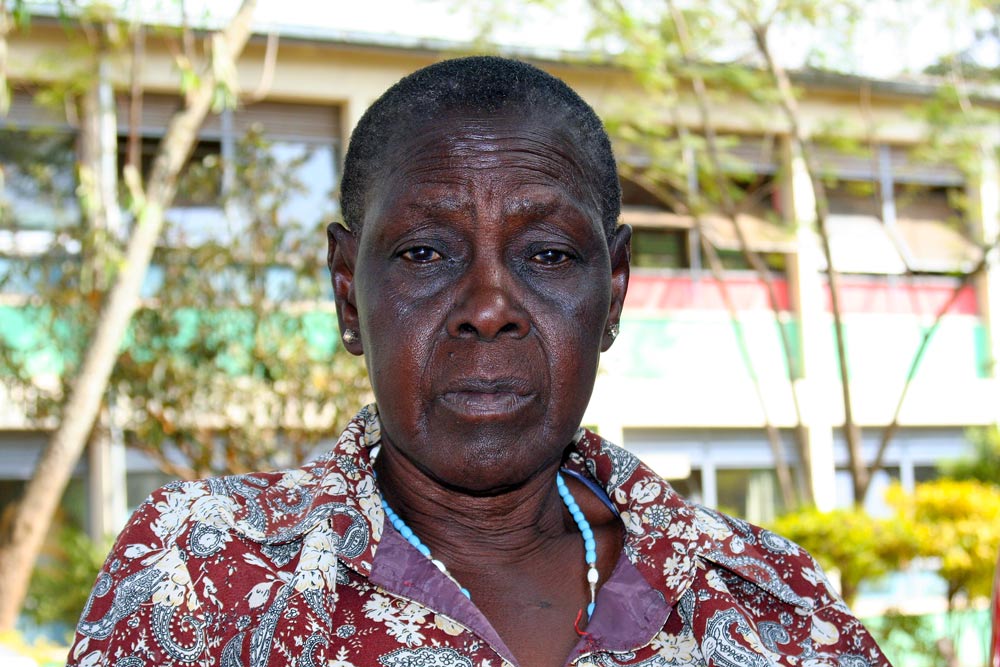 My parents are long deceased, and their land has since been inherited by my brothers. I can’t be buried there because culture dictates that as a ‘married woman’, my place is in my husband’s home. The man I was married to died years ago and even before his death, he had made it clear to his friends and family that I was no longer his wife.

My older brother who also died years ago, had been kind enough to buy me a small piece of land in our rural home. But after his death, his wife sold it. As fate may have it, he had died before getting the title deed for me. When I questioned his wife about it, she abused me, saying it wasn’t possible for her to have a conversation with an infertile woman.

You are Barren. Who are you Fighting for?

I then approached community elders and the local administration in a bid to resolve the issue, but the process was so exhausting –emotionally, mentally, physically and financially. Countless times I was asked what I needed land for, yet I had no children.

“Who are you fighting for to inherit that piece of land when you die? Have you forgotten you are barren?” they said.

Amid the insults, I was constantly reminded that a woman with no child has no voice. I was always being told to keep quiet. In fact, I remember being told that a teenage mother commanded more respect in society than me, and that her voice on different issues carried more weight than mine because at least she was a ‘complete woman’.

One day, I realized the issue was pulling me down so much that I decided to give it up altogether. I wished my sister-in-law well with the money she had sold from the land my late brother had bought for me.

After my parent’s death, I have largely been estranged from my family members. When I die, I don’t want a tussle over where my body will be buried, because I doubt anyone will lay claim to my body or that they will agree that I be buried on their land. 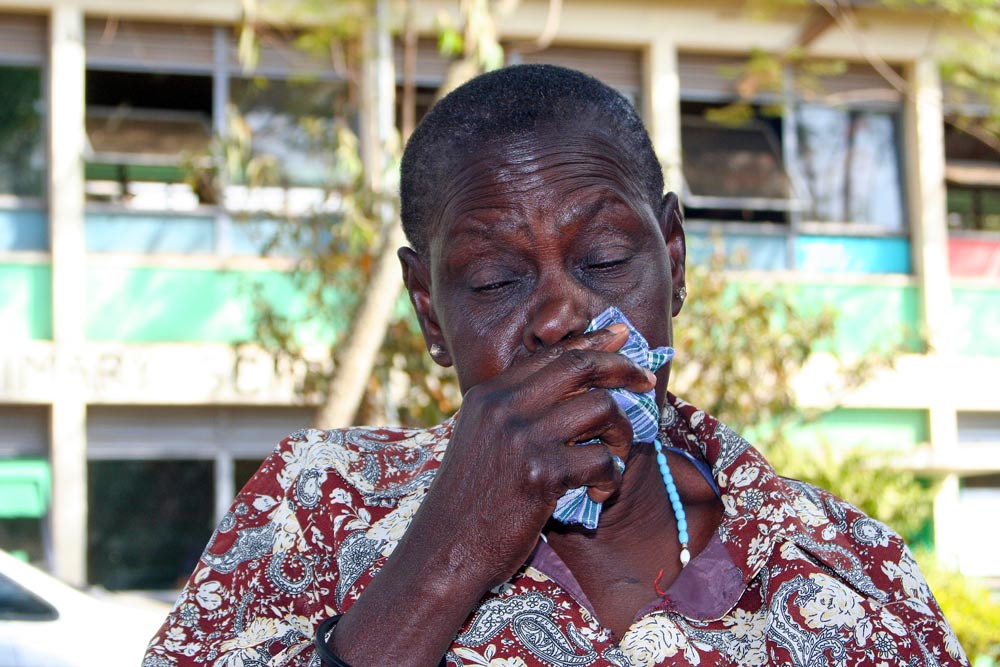 I have resigned myself to knowing that I will be buried in Langata cemetery here in Nairobi. They say that burying someone in a public cemetery is akin to ‘throwing away the body’, but do I have a choice?

I have informed my friends whom we fellowship with in church about being buried in Langata cemetery to avoid all the drama. I have made peace with God about that.

I have found solace in my church, in the women’s group. There, I have also met childless women, and we have shared our experiences. Talking about infertility with other women has comforted me so much, knowing that I’m not alone. Engaging with them has been such a relief for me.

To a young woman undergoing infertility challenges, I urge you to be strong because the journey ahead is not easy. You will be ridiculed, looked down upon, left out of conversations, considered unworthy and subjected to all manner of humiliation. Many times, it will be made clear to you that you don’t fit. 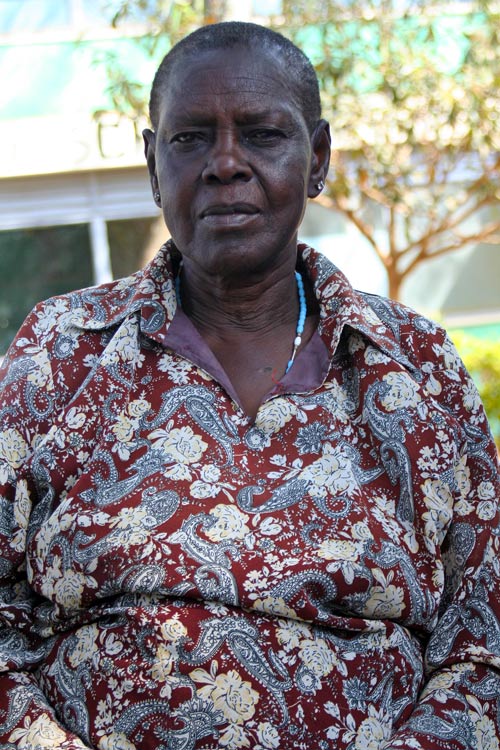 Things will be said to you that will send you into depression or suicide mode. If you’re not strong, you will die very quickly. One hurtful statement that still stands out for me is when one time, a woman told me:

“Patricia, you’d rather have given birth to a mad man, than never having birth at all. Anything that would have come out of your womb would have been acceptable…anything, just anything…”

What I’m basically saying that is you have to learn to be strong, because the journey I have walked has not been an easy one. All in all though, I’m glad that I’m still alive, and serving God.”

And that was my interview with Patricia. I must say that it was an emotional one as many times, we had to take a break to allow her compose herself after an emotional moment. I must confess that I too struggled to keep my emotions in check.

However, I did pick out a number of issues from her experience, which we need to seriously reflect on as society and make appropriate changes in our attitudes, policies and enforcement of respective legislation.

The issues include: early child marriage and subsequent interruption of a girl’s education, culture and prioritization of a boy’s education over a girls’ education, patriarchy -where a man’s word is final, spousal abuse/gender-based violence, women and property rights, stigma and discrimination against women with infertility challenges, mental health for these women, and the importance of support groups.

By the way, medical costs -consultations, treatment, surgery and even IVF can be very expensive for the common mwananchi. Gynaecologist Dr. Stephen Mutiso tells me that infertility prevalence in Kenya is 10 – 15%, and in his practice, over 30% of his consultations are on infertility. The main cause is tubal blockage due to infection. How many of these are able to afford appropriate medical interventions?

You May Also be Interested in Reading these Articles:

“Whenever I Remember my Husband’s Hurtful Words, I Feel Faint and Out of Breath” -The Story of ‘Mama Chips’

My Struggle with Infertility, a Broken Marriage, Prostitution, drugs and Alcohol -Lilian Madonye

My Struggle with Infertility: The Story of Joyce Lay, Taita Taveta MP