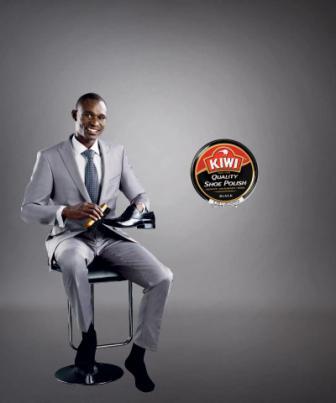 When I was growing up, my mum always lay great emphasis on our appearance and general grooming. Why?

Because she said that how we looked was a representation of her as a mother. Hard as I tried to, I never understood what she meant.

My mum always ‘checked’ us before we left the house. She was the last person who gave us a thorough glance before we hopped into the family car headed for school. She used to check us out in this order: 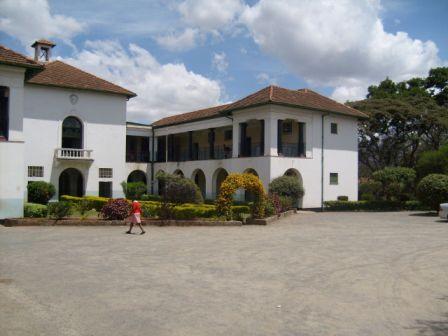 Me, I always took great pride in my shoes. I loved when they were well polished and shining, with a glittering spark to boot. And Kiwi was responsible for this swag of my shoes, as I’ve honestly grown up knowing no other shoe polish. With the confidence that I had on account of my glossy shoes, I used to walk with a spring in my step – literally, always making sure that I walked ‘nicely’ because I didn’t want the Kiwi shine to fade from my shoes.

Anyway back to my mom, she really did pay keen attention to our appearance and grooming, taking great pride in how we looked. You could see it on her face, her heart melting with so much pride as she waved us goodbye as we hurriedly trotted off to our classes. I may not have understood why she was so particular about our grooming, but I get it now, totally. The truth of the matter is that people will always judge you as a mother – based on your child’s appearance.

Many are the times I’ve been in conversations where a child passes by and looking at them – just by their appearance, someone says “Oh, what a neat, clean and smart child, his mother is doing a good job!” And with admiration, they watch him go by -their smiles filled with joyful envy.

Then again, I’ve been in conversations where a child passes by and someone exclaims: “Gosh, who is their mother?” as they stare at the child with tattered and dusty shoes, unkempt hair, worn out clothes…. Not good.

And that’s why I tell you that your child is a reflection of you as a mom. And that’s why it’s important for your kids to look well groomed and be well mannered at all times.

And while I’m on the issue of grooming, two things are at the top of my mind right now: David Rudisha and the London 2012 Olympics. Ohhhh my, tell me if your heart didn’t flutter as Rudisha raced to victory last week, smashing the world record in the 800meters. Me, my heart fluttered and as he crossed the finish line, I shed a tear of pride as I watched him give Kenya its second gold at the games. Aawwwwww, it was an epic moment I tell you. I’d been waiting for that particular race since the Olympics began. All along, I’d been keeping tab of his interviews with journalists about his impending race and the preparations he’d engaged in before the Olympics. As I watched him speak, his humility and unmatched confidence made me 100% certain that he’d take the gold. He assured me just like that. And I wasn’t disappointed. When Rudisha shone, Kenya shone too and I’m sure you, just like me, were part of the frenzy that characterized his victory at that particular moment.

Rudisha is a recognizable brand in Kenya – both for his athletic prowess and he as the face of Kiwi. For starters, don’t you think he looks so good in the Kiwi campaign? With his pristine suit and SHINY shoes? They say that a man’s shoes can tell you a lot about who he is, and I couldn’t agree more. Doesn’t Rudisha ooze all that and more, such great much confidence, humility, character, drive, goal, ambition…doesn’t he look like he takes so much pride in his achievements and his appearance? For sure, ‘Wakati mtu anapongarisha viatu vyake, sio viatu pekee vinavyongara’. Me I’m an ardent member of #TeamRudisha.

Do you want to congratulate David Rudisha on his latest achievement at the London 2012 Olympics? You can go ahead and do so on the Kiwi Kenya Facebook Wall.

Otherwise congrats to all the other participants and medalists in the Olympics 2012 #TeamKenya. By the way during TEDx Nairobi 2012, I watched a brief documentary presentation by Jackie Lebo on the preparations that Kenyan athletes engage in before major races, and I was awed. It’s hard work my friends, hard work I tell you. So I salute the entire Kenyan team that participated in the Olympics because I know what it took for them to qualify to join this team.