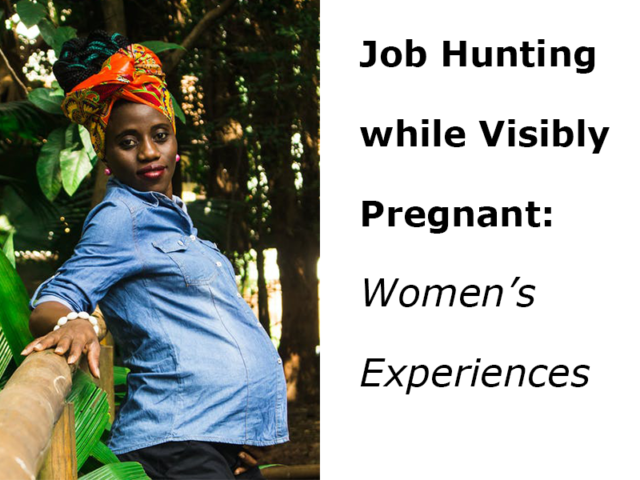 Job-hunting while pregnant. How hard is it to get a new job when you are visibly pregnant? Have you ever interviewed for a job when you had a baby bump that was ‘out there’, one that could not be hidden?

This is an issue that needs to be discussed more often and openly because, after having this discussion with many women, they say that they have huge reservations about searching for a job while visibly pregnant. Why?

Because they fear that it will negatively affect their chances of landing the job, even when they are the best candidate. They say that most employers feel ‘some type of way’ about hiring a pregnant woman who, within no time, will proceed on leave for a ‘whole three months’. This means that the employer will need to look for her replacement -pay that new person and still maintain the salary of the new mom. Not forgetting the worry that she may feel unwell from time to time and need days or weeks off, even before she proceeds for maternity leave.

The employer will begin over-rationalizing about why she shouldn’t be hired, while at the same time justifying more cons than pros. Many low-key don’t want to hire her. The pregnant woman is therefore seen as more of a ‘risky hire’; more of a liability than an asset. 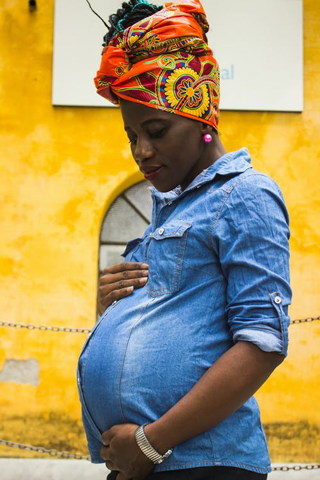 I’ve talked to women who said they were ‘lucky’ to have interviewed for a job in their first trimester when the pregnancy was not visible, and they got the job. They say that had they disclosed their pregnancy during the interview process, they most likely would not have gotten the job. So keeping that secret was a must.

Yes, discrimination against pregnant women does exist, in as much as companies will not like to admit it because they know it is illegal to do so. A pregnant woman should not be denied a job opportunity on the basis of her pregnancy. It is sad, but yet a reality that we live in.

So, in the next couple of posts here on Mummy Tales, I’ll share the experiences of women who got hired while visibly pregnant, as their stories can help you learn a thing or two. I also hope employers will learn something from these experiences.

If you’d like to share your story about job-hunting while pregnant (whether you got hired or not), please write to me at maryanne@mummytales.com and I’ll share it here so that other women (and employers) can learn something from it. If you are in HR and would like to offer tips and advice to expectant moms, you can write to me too. 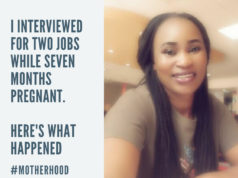 I Interviewed for a Job while Seven Months Pregnant. This is How it Went