“My husband and I planned to have a baby when the right time came. We never tired of praying for this to happen, because we had really been trying to conceive for a while. One day as I was going about my business, I started feeling dizzy and my instincts told me that my time had come; my blessing was here 🙂 !”

This is the introduction to 26 year-old Winnie Elizabeth Knight’s story. Winnie is mother to three-month old Herald Charles Armani. Just like any expectant first time mum, she looked forward to the day she would finally hold her bundle of joy in her arms, though there were challenges along the way where at some point she even thought she had lost her baby. In this article, she shares some of the motherhood experiences she’s undergone so far, as told to Mummy Tales writer SYLVIA WAKHISI. She continues…

“I quickly did a home pregnancy test which showed two very faint lines. Anxious and unsure, but yet very excited, I rushed to the hospital for a blood test which confirmed that I was indeed pregnant. As far as I can remember, that remains the happiest day of my life. 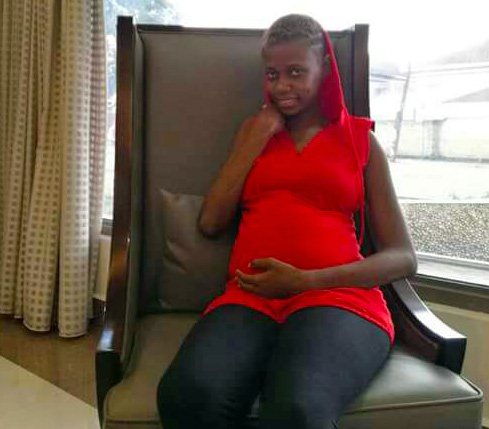 Eight weeks into the pregnancy, I woke up one day and noticed that I was bleeding. I panicked, worried that I had lost my baby. Thing is, I had had a fall the previous day, and I guess this is what triggered the bleeding. At the hospital, an ultrasound revealed that I had a tear in my placenta, and was admitted for close monitoring. I stayed in the hospital for a week and upon discharge, I was put on medication and total bed rest for two months.

As the pregnancy progressed, I lost so much weight since I had severe and constant nausea right from the second month of the pregnancy till the seventh month.

I also had a series of false labour episodes such that by the time the real labour kicked in, I wasn’t really sure if it was still false or the real deal. Actually, when I got to the hospital, I had slight pains but not really active labour. But since it was my due date I requested for an induction. I was so eager to meet my baby that I didn’t care about the intense pain that comes with being induced. I must admit though that there were episodes of stripping down and crawling in the maternity ward 🙂

Finally, our son arrived on 23 September 2017. My husband and I were so thrilled to welcome him into the world. 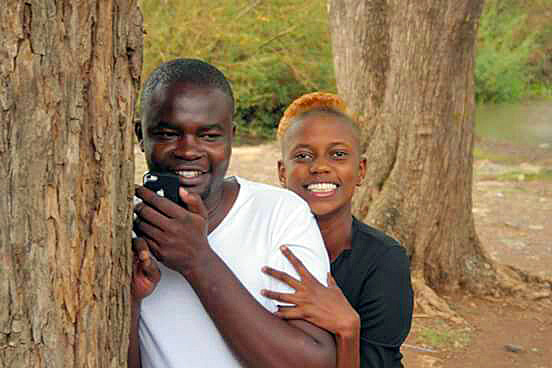 At first, I was so afraid of breastfeeding. I felt like my nipples were too big for baby. I remain grateful to my sister-in-law who taught me how to latch the baby properly on the breast and breastfeed with ease. I must admit it took her lots of patience but I finally got the hang of it.

Regarding house girls, we don’t actually have one! The last one we had would pinch some of our baby’s stuff and after that, we decided to stay without one. Good thing is that my husband helps me out with chores and with the baby too, something that I’m so grateful for.

I am extremely grateful to my husband for being there for us anytime we need him. He is one amazing dad. My parents and in-laws have also been there for us, offering the support we need as we take care of our child. 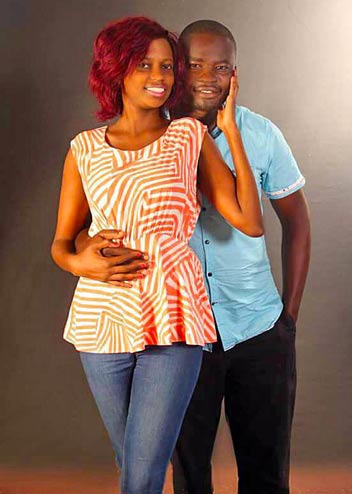 On how Motherhood has Changed me

Since becoming a mom, I’ve noticed that I have become more responsible and slow to anger. I have also noticed that my biggest fear is leaving my baby with anyone who is not family. For some reason, I feel as though it’s very easy for anyone who is a stranger to harm my baby.

Motherhood has been the most beautiful thing that has ever happened in my life. I wouldn’t trade this experience for anything, and even though sometimes the going gets tough, the joy of seeing my child makes everything so worth it” 🙂

And that’s Winnie Knight’s motherhood experience so far. Thanks for sharing your story Winnie! So, how about you? What’s your story?

In case you missed my #KakamegaTales, have a look at that below. Enjoy 🙂