Despite this, Naomi was determined to put her son through school. And her quest to do so came with its own challenges.

“The first school I took him to was a public school. It had a section for special needs children like Joseph. However, there was only one teacher, responsible for 20 – 30 children with disabilities –some with mild disabilities while some with major disabilities. The teacher would be overwhelmed. Sometimes I would find my son had not been taken to the toilet or his diaper changed all day long. Even though I sympathized with the teacher, I had to withdraw my son because I felt he was not being well taken care of.” 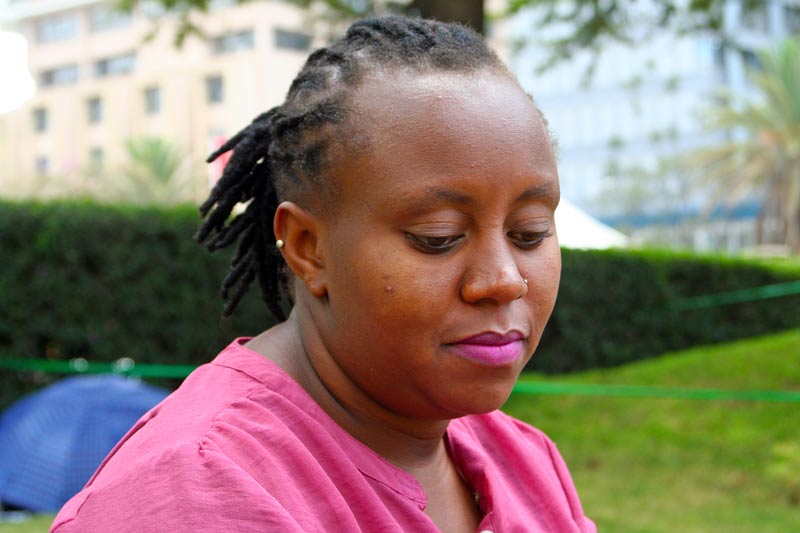 Naomi then took him to a private school, but couldn’t keep him there long because raising the Sh20,000 school fees per term proved to be very difficult. She would take any casual job that would come her way, but still, she couldn’t manage that amount.

“Joseph would stay home most of the time for lack of school fees. For about seven years, I faced a whole load of challenges getting him into a school that would suit his disability. The schools were either too far with the transport costs too expensive, or the school fees were too high for me to afford. Many of the public schools around where I stay don’t have special needs units, and that was a major challenge as well.

It was therefore with great relief when in January this year, Joseph got enrolled in a public school in Dagoretti, which specializes in the needs of children with disability. My joy came through an organization I was introduced to, called Action Network for the Disabled (ANDY). Through ANDY, Joseph’s school fees are fully paid for, and so are part of his transport expenses –from our home in Ngong, to the school in Dagoretti –a distance of about 18 kilometers. 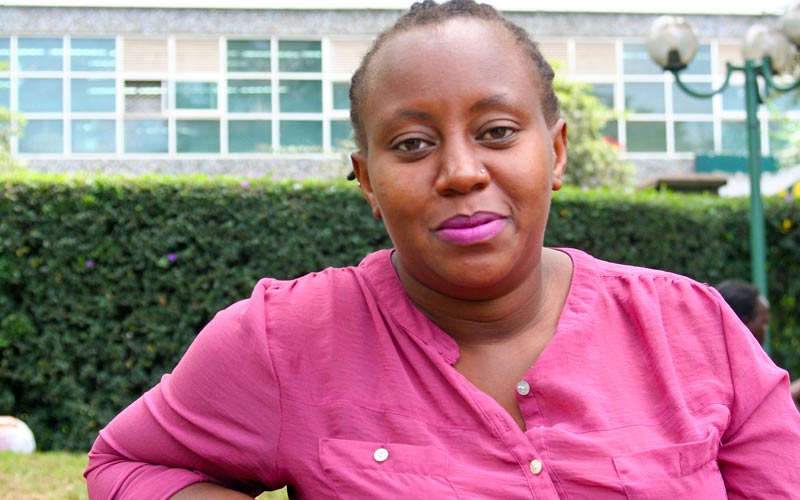 With Joseph in school, and with his tuition and the transport expenses taken care of, I now have more peace of mind and I’m able to focus on searching for better work opportunities. I have been so consumed with taking care of Joseph for the past 12 years, that there are so many things I had put on hold –my education being one of them. I’m planning on taking the adult education classes (gumbaru) to at least complete my secondary education. At least I will now be able to pay for my own school fees, because previously, any money I made would go towards saving for Joseph’s school fees, but now that is all taken care of by ANDY.

I’m happy with Joseph being in his new school. I have noticed that in the six months he’s been there, he has made considerable progress. His walking has improved, and he is now able to take a few steps on his own without help. I look forward to the day I’ll be able to send him to the shop to bring me a packet of milk and bread. That will be such joy!

But even more importantly, I notice that he’s making more attempts to talk and that’s why I’m certain that it’s just a matter of time before he starts saying words and constructing sentences. I’m hoping that he’ll soon be able to say the words ‘MUM’. I have longed to hear him call me ‘mum’ for so long, and I believe that that day is approaching,” concludes Naomi.

Wow. It has indeed been a journey for Naomi, a motherhood journey that has not been easy, but one that she has given so much of and so much to. But as you have learnt from her story, and those of Stella, Regina, Wairimu and Regina Mwangi, raising a special needs child has its own unique set of challenges. Every parent wants the best for their child, including putting them through school, but that is not always easy when you have a child with disability. But these experiences are often made lighter by the support of family, friends, and organizations, such as ANDY.