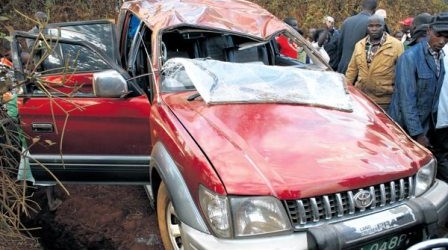 “It is Saturday evening and the day has been packed with events spearheaded by Meru County Governor Peter Munya. Ironically, the last event of the day for Mr. Munya is a ground-breaking ceremony for a road in Kianjai, Tigania West. Little do we know that a road accident involving seven journalists was just moments away.

While the governor was still addressing the gathering at Urru Stadium, we decide, all seven journalists, to go ahead of him since he is about to conclude his remarks. We call our driver and start off on a murrum road. But just a few kilometres on, the driver loses control of the sport utility vehicle, which swerves five or so times as the driver tries to avoid hitting pedestrians — women and children walking back home from the stadium.They have no idea that our driver is trying to steer clear of them.

All this time, we are in shock, and no one utters a word. I want to close my eyes, but the photojournalist in me won’t let me. I want to see what happens next. It’s like a movie, yet unfortunately for us, things are real — even the pain.

In under a minute, the vehicle hits a heap of soil excavated to make room for a road drainage system under construction. It flies up in the air, literally, and lands awkwardly on the co-driver’s side. I was initially seated right behind the driver, which means I end up on top of all three other journalists sharing a seat behind the driver. Our vehicle is a seven-seater, so one journalist is on the co-driver’s seat and two more are at the back right behind us. 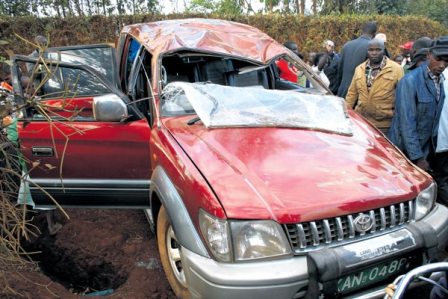 I plead with colleagues not to step on my belly, as there is panic at that time, and everyone wants to get out of the car. The driver gets out through the broken windshield and pulls out the journalist who was seating next to him.

A woman who had been sitting at the rear with my colleague, Kennedy Kimanthi, starts screaming: “Ken is stuck, Ken is stuck.” I am scared and the shock makes me feel tense around my stomach. The driver is calling on me to get out, but I want to see if there is a way I can help Ken. I get out and go straight to the emergency door at the back.

I call on the people crowding around the car to help me pull the door and we managed to open it. A man tries to pull Ken, but he realises he might break his hand, stuck between the ground and the body of the car.

Several men lift the vehicle and Ken is pulled out.

All the time we are helping Ken, a strange thing is happening: some people are stealing our laptops, recorders, mobile phones and money. The driver has to slap a man trying to make away with a laptop.

I take a few shots of the vehicle, even as I am feeling some pain in my head, right shoulder and abdomen. I am yet to be sure whether my baby is safe. 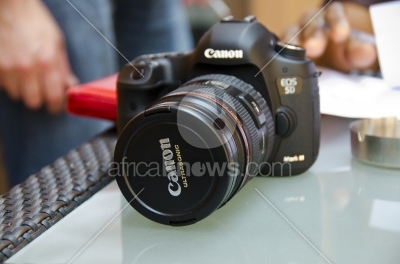 Luckily, Good Samaritans arrive in a car and help us get to Meru Level Five Hospital. Ken and another journalist, who has a neck injury, are the first to be taken away. The second car to arrive belongs to an MCA. Four of us hop in. The driver and one other journalist follow us in the last car.

At the hospital, all of us are treated and discharged.”

And that is Phoebe’s story, as originally published in the Nation. Reading her story gave me the shivers. Yikes!!