On Monday 17 November 2014, a group of women – ‘Kilimani Mums’ will hold a peaceful procession in Nairobi’s CBD.

But why are they doing so?

By now I’m sure you’ve seen the video clip of that lady who was stripped by touts at the Embassava matatu / bus terminal in town. A few days later, a similar incident happened in Mombasa. I did indeed watch the two video clips, both of which left me with a very bad taste in my mouth.

In both clips, the primitive acts were committed by a group of men. For someone who is raising sons, my worries were aptly captured by a tweet I came across by one @SamGichuru who said:

“As long as little boys are transitioning into big thugs, nobody is safe –men or women.”

Following these events and the resulting public outcry, some members of Kilimani Mums (a Facebook group largely composed of Kenyan mothers) met and decided to hold a peaceful procession on Monday 17 November 2014 from Uhuru Park to Accra Road at 10am. The women plan on letting the men who stripped the lady know that what they did was primitive to say the least. No woman deserves that kind of treatment, regardless.

But the peaceful demonstration is not only limited to members of Kilimani Mums. The admin is calling on all people –both women and men who believe in their cause to join them on that Monday morning. Participating in the walk will be a display of solidarity that is expected to not only deliver the message home to the touts, but to the entire country that acts of sexual violence will not be tolerated. 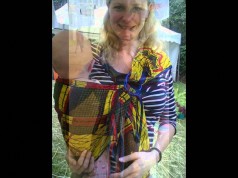