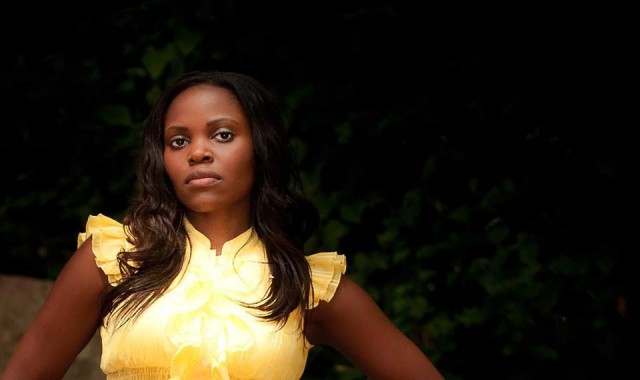 Lizz Njagah is an actress who has graced our screens over the years. I’ve watched her in Makutano Junction, and in the medical drama ‘Saints’. I also watched her intermittently on Tinsel – a Nigerian drama show, which I would watch those days when I had DSTV before I happily switched to ZUKU because me I’m an avid internet user at home and I’m still waiting for DSTV to:

I’ve also been planning, for the longest time ever, to watch the highly acclaimed ‘House of Lungula’ in which Lizz stars, but for some reason I keep procrastinating on it. But I will. Soon. Hopefully. (I’m not a movie person at all).

Anyways, Lizz is currently expecting her first child (happy for her). Unfortunately, she had a not-so-pleasant experience with Jambo Jet this last December holiday as she travelled to and from Mombasa.

“Why I Will Advise all my Pregnant Friends Never to Use Jambo Jet or KQ While Flying… Do So at Your Own Risk. My experience with Jambo Jet, and by extension KQ.. Because Jambo Jet is a sister company of KQ. 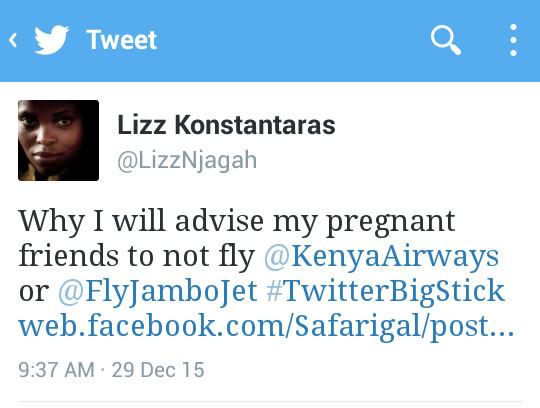 I booked a flight to Mombasa online on the Jambo Jet website. I knew that I would be 32 weeks pregnant on the trip so I had planned to get a letter from my gynaecologist before flying. To be on the safe side I called Jambo Jet customer service four days before my flight to enquire about the procedure and whether I need a letter. The customer service agent informed me that yes I need a letter from my gyna but even if I had the letter I still needed to get clearance from their resident doctor, which would cost me 1000 bob. So to save time I decided to go straight to their doctor for clearance.. That’s where my drama started. He informed me that I had to go to the Jambo Jet offices in international life house.. I went the following day only to discover there is no Jambo Jet office at International Life House, there never has been. So I call him back and he tells me to go to Barclays Plaza KQ office. I get there and they tell me to go back to International Life House that’s where the KQ Clinic is. The customer service agent did not inform me that I was going to the KQ Clinic I would have been saved the trip of going back and forth..

A KQ agent at Barclays Plaza told me that getting an all clear from my doctor would be enough so to avoid all the drama I ended up going to my gynaecologist to get the letter. I get to the airport on my day of travel. And they still had to call the KQ Doctor, read him my letter then he cleared me to fly on the condition that on the way back I would see the KQ Doctor in Mombasa. (Even though the KQ website says this is only necessary if complications had been experienced) As I remembered all the drama I had last time where customer service agents had no clue where the doctor was situated. I asked the check in staff where the doctor would be and she informed me there would be a doctor at the Mombasa airport. 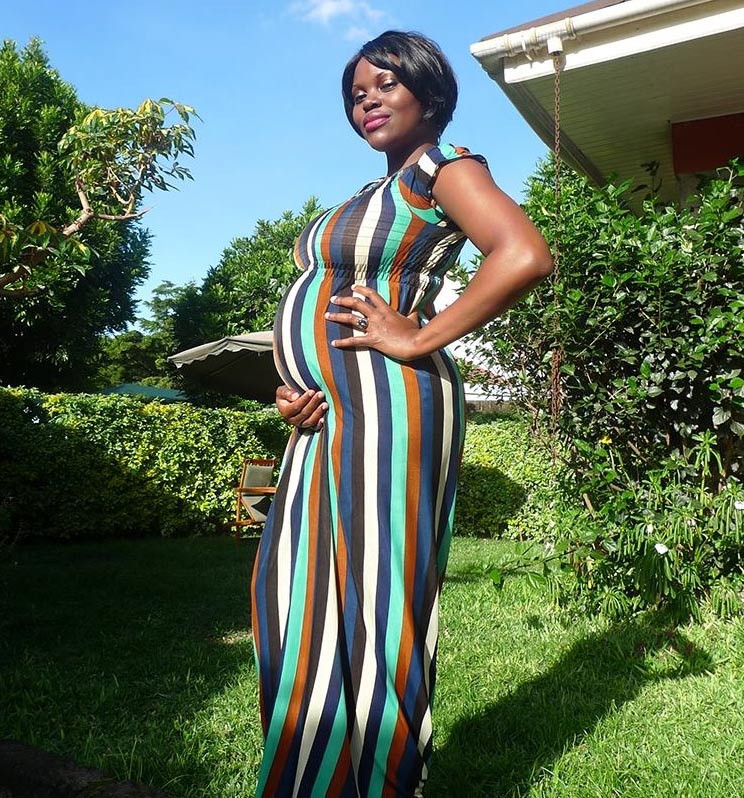 I went to Mombasa and on my way back got to the airport almost two hours before my flight departure. Went straight to the KQ terminal because by now I had realised that Jambo Jet had no clue what they were doing. I went up to a lady I believed to be the station manager and informed her that I need to see the KQ doctor. She told me there is no doctor at the airport (here we go again) and chances are if I went to Jambo Jet I might be sent to the nearest hospital which might mean I miss my flight so she arranged for me to see the Airport Nurse, which I did. Then promptly charged me 1000 KSH for a form of clearance from the KQ Doctor in Nairobi. They faxed him my vitals that the airport nurse had taken and charged me 1000 KSH when all he did was read it and sign off on it. KQ I know you’re broke but fleecing pregnant women is not a nice way to make money, your tickets are already expensive enough as it it.. The flight was delayed for two hours, which ended up being a blessing for me because if it hadn’t been delayed I don’t even know what would have happened.

When the Airport nurse first checked my blood pressure she informed me it was high and I was quite shocked because I had never got a high reading in all the Antenatal clinics I have attended. She checked my blood pressure again, at the end of the checkup, and it was back to normal. So basically all the trouble I was subjected to caused my blood pressure to go up. KQ were inadvertently causing the one thing they were trying to avoid.. A health situation on board involving a pregnant woman. 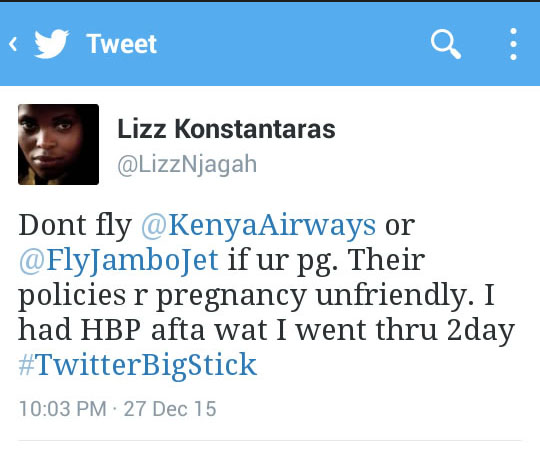 I must say the silver lining in the cloud for me was the Station Manager in Mombasa, even with all the nitpicking procedures and policies that both Kenya Airways and by default Jambo Jet have towards pregnant women. She helped me the best she could and in the end I flew but I wouldn’t wish my experience on ANY pregnant woman. Which is why I would strongly advise you not to even dream of flying KQ or Jambo Jet when pregnant. If this is all the drama I went through for a half hour flight.. Imagine if you’re flying on a long haul flight.. ABSOLUTE DISASTER!!!!”

So what do you make of Lizz’s experience with Jambo Jet?

Why I’m Too Afraid to Have Another Baby