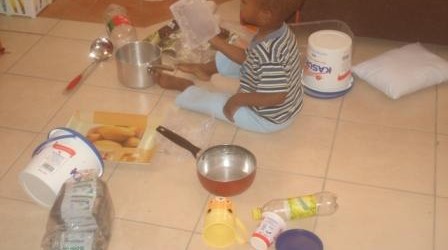 Idleness has never been Kitty’s forte. The boy is always moving around doing one thing or another and you can never find him ‘standing still’ as such, unless only when he’s watching commercials on TV. He absolutely loves commercials – I’m still trying to figure that out. 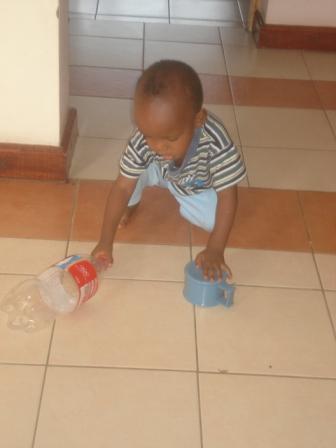 When he gets bored in the sitting room, he promptly finds his way to the kitchen store and begins bringing utensils one by one and spreads them all out on the floor. Sufuria’s, cups, plates, empty containers, spoons, lunch boxes. What he does is that he opens the cabinets in the kitchen within his reach and draws out the paraphernalia one by one, bringing them over… until I soon realize that in no time, the entire kitchen has moved into the sitting room! 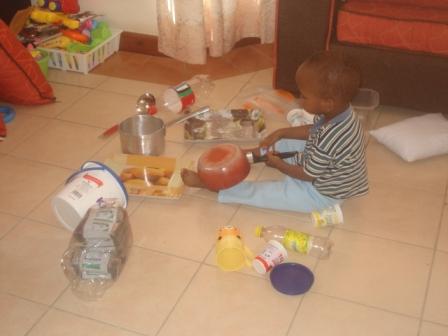 Then he sits down to play with them, talking to them in some gibberish language that I can’t understand. I never disturb him when he’s engrossed in this activity and let him do his thing, mainly because it gives me some blissful moments of peace :). 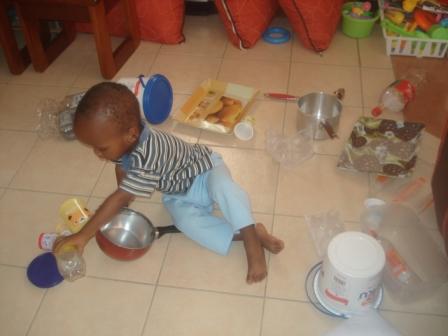