How’s your week coming along? Hope well. Today’s post is a continuation from yesterday’s, where I introduced my brief holiday in Dubai with my five year-old son Kitty, which we recently took. You can catch up on that post here.

Now, after we’d checked in and cleared with Immigration, we spent about half an hour waiting for our flight. Our Emirates flight was at 1630 hours, and as we waited for the boarding call, Kitty was so excited looking through the windows and seeing all the different aeroplanes.

Finally, after what seemed like an eternity to Kitty, our boarding call was announced. And all families with children, including us, were given priority boarding. This was very helpful because it allowed those of us with children (especially those with infants) to take advantage of those few minutes to get the children strapped and settled in before the rest of the passengers boarded. I’m sure you agree with me that going anywhere with children can slow down even the most organized of persons, and so I found it very thoughtful for Emirates to give parents that kind of consideration.

When we returned from the lavatory –which by the way I noticed has a baby changing station (very convenient for parents who need to change their child’s diapers), and after settling Kitty back in, and hoping that he would not say he needed to pee again until we reached Dubai (he went five more times after that), I sat down and looked at him and some small tears filled my eyes. The boy was so happy! A joy coming from deep inside him –so pure and so real, that warmed my soul. Then he looked up at me, his lips giving way to the most heartfelt smile as he reached out and hugged me saying: “Thank you mummy, you’re the best”. I felt a lump in my throat as I hugged him back. I was mellowed.

But then suddenly, our sentimental moments were interrupted by a flight attendant who came over to us. Let me describe her a little bit. She was this tall, beautiful lady –all pristinely made up with strikingly flawless make up. She had on this bright red lipstick that contrasted with her meticulously arranged pearly white teeth (I notice things). The gracious lady greeted us and gave Kitty a hi-5, asking him if he was excited about the impending trip. That was just the question Kitty needed to be asked because he immediately went on a roll, giving her a detailed response about the fun he was going to have in Dubai and how he was going to make sure he brought something back home for his baby brother. The way they chatted you’d have thought they were long lost friends. But she was saving the best for last because she suddenly unleashed a goody bag and handed it over to him.

“It’s yours, and it has some nice surprises for you… open it…” she urged him.

He opened the bag and in it were items that would no doubt make any child jump up and down in jubilation.

The first thing that caught his eye in the bag and which he quickly pulled out was a bright yellow furry animal –called Lewis the Lion. My goodness, you should have seen the excitement all over his face as he held Lewis up, still trying to comprehend that he was all his. He wasn’t expecting to find a toy on the plane, so you can imagine his joy at the surprise.

When he was through with the immediate excitement of Lewis the lion, he peeked into the bag again and reached out for a colorful magazine that had all these puzzles inside it, and drawings for him to color. It also came with a set of colored pencils and a funky pen, as well as a traveler’s kiddie map, kids greeting cards and a magic camera. 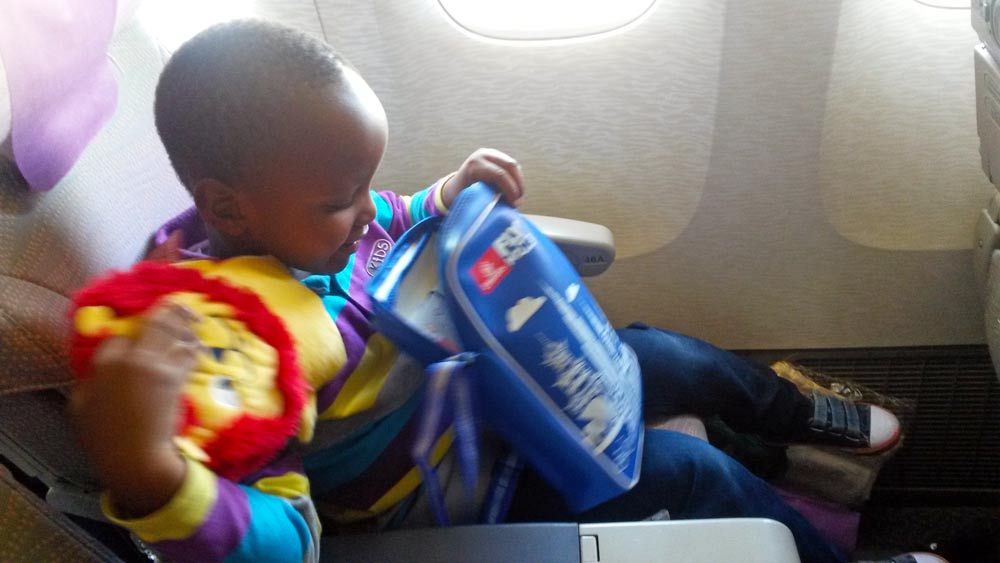 But the goodies in the bag didn’t end there. There was a magnetic sketcher, which he would draw and write on, and keep erasing. It kept him creatively engaged during the flight.

By the way, as Kitty was chatting with the lovely flight attendant, he told her: Do you know I have a baby brother at home, please do you have another bag for him?” I tried to intervene by letting the flight attendant know that it was not necessary for her to do so, but she said that it was fine, that she had an extra cool bag and so she would give it to Kitty to take to his baby brother. Phew! I heaved a sigh of relief because I know how much Ello would have wanted his own cool bag. I checked inside Ello’s bag and inside was many things, among them a furry animal -Enrico.

So what Emirates does is have a different animal friend in each bag. There is Lewis the lion, Peek U the panda, Enrico the monkey and Leila the camel. Each animal comes with a blankie which the child can cover themselves with during the flight (it can get cold up there), or they can just cuddle up with them.

As we rummaged through the contents of the bag, we came across this lovely brightly colored purple set of headphones, specially designed for children. I began assisting him select what to watch, but the both of us soon got confused. Too many options to choose from. There were over 50 Disney Classic movies to choose from, including Alice in Wonderland, 101 Dalmations and Finding Nemo. There were also over 25 dedicated kids TV channels such as CBeebies, Disney Junior, Cartoon Network and Nickelodeon. Then were was also a wide selection of TV programmes such as Scooby Doo, Dora and Friends, and Tom and Jerry. And then there were over 100 video games to choose from, as well as a wide selection of children’s music. I asked him what he wanted to do, and he settled for a movie. He watched Minions, and two other movies that I can’t remember their names.  But they really kept him glued! And awake! And happy!

Now, because Kitty usually takes a daytime nap (by the way, at what age do daytime naps end? Because we are 5 years and still going strong on the daytime naps), I kept urging him to sleep but he kept refusing because he wanted to color, sketch, study the adventure map and watch movies all at the same time. He actually never slept a wink the entire five-hour flight!

Then came meal time. When Kitty’s tray was brought, I must admit that I was impressed. It came in this nice cartoon cover that was perfect for a little boy. The food too was good –roast potatoes, vegetables, and some chicken. And the cutlery was just as attractive in these nice blue, red and lime green colors. Wow. And then there were snacks too. Now let me tell you about what I should not have done.

In my excitement to check out what was in the snack box, Kitty saw the Urban Bites (crisps), the chocolate and the other goodies and that was that. He said he didn’t want to eat the food anymore, that he only wanted to eat the snacks. But ofcourse I was firm and we had to strike a deal. No food, no snacks. Period. So he grudgingly ate the meal, afterwhich I offered him the snacks.

So my advice? Don’t open the snack box first. Instead, let the child eat the meal first, then reveal the snacks after he’s finished the meal. I made a mental note of this for the return flight.

Now, it’s good for you to know that Emirates prepares special kiddie meals for children aged between 2 – 12 years. The needs of children with special diets are also well accommodated –you only need to communicate this in advance. For children below two years, Emirates offers baby food –which includes jar food, formula milk, feeding bottles so in case you haven’t carried your own, then no need to worry about that. There’s also food/bottle heating services, so no need for baby to eat cold food, as it can easily be warmed up by the always-smiling, beautiful and ever-friendly cabin crew. 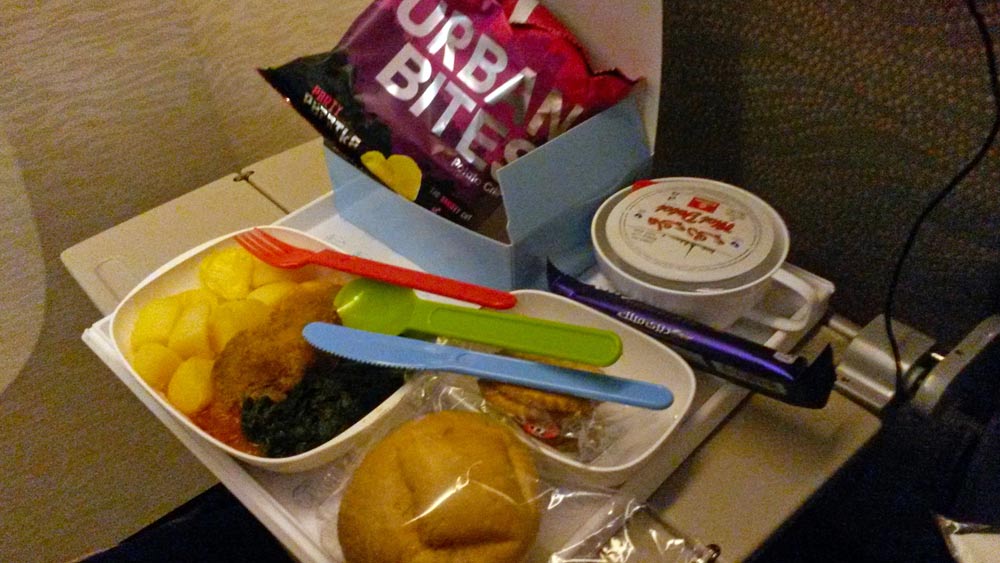 By the way, if you’re traveling with a child and in case you don’t have supplies or yours run out, you can get a variety of helpful necessities on the Emirates flight, such as wet wipes, teething rings, tissue packs and liners for the bassinet. Like I had earlier mentioned, there are baby-changing stations on the plane that allow you to change baby comfortably.

Some additional helpful information for a parent:

Emirates staff can care for unaccompanied minors aged from 5 – 12 years. A dedicated staff member will accompany the traveler from the point of check-in, through to the airport formalities on departure and arrival, and ensure they are safely handed over to their parent/guardian at their final destination. This service has to be booked in advance.

So that marked our flight aboard Emirates to Dubai. Kitty did not get bored even for one minute. There was so much action going on around him -from the many contents of the cool Emirates bag and the movies he was glued to that neither of us realized how fast time flew. And by the way, he was not fidgety at all and aside from the bathroom breaks, he did not feel the need to walk around and was more than happy to remain in his seat during the entire journey, which is rather commendable for a five year-old boy. I was actually surprised when the pilot told us to prepare for landing, because I was sure we’d been airborne for just about two hours or so. Time had flown by that fast.

To be honest, flying with children can sometimes be very exhausting, but I must say that travelling Emirates to Dubai was such a stress-free journey that I would, without any reservation, highly recommend it to any traveler. The family-friendly nature of the flight is absolutely worth it, and just seeing the joy on your child’s face will make your heart glow with warmth. 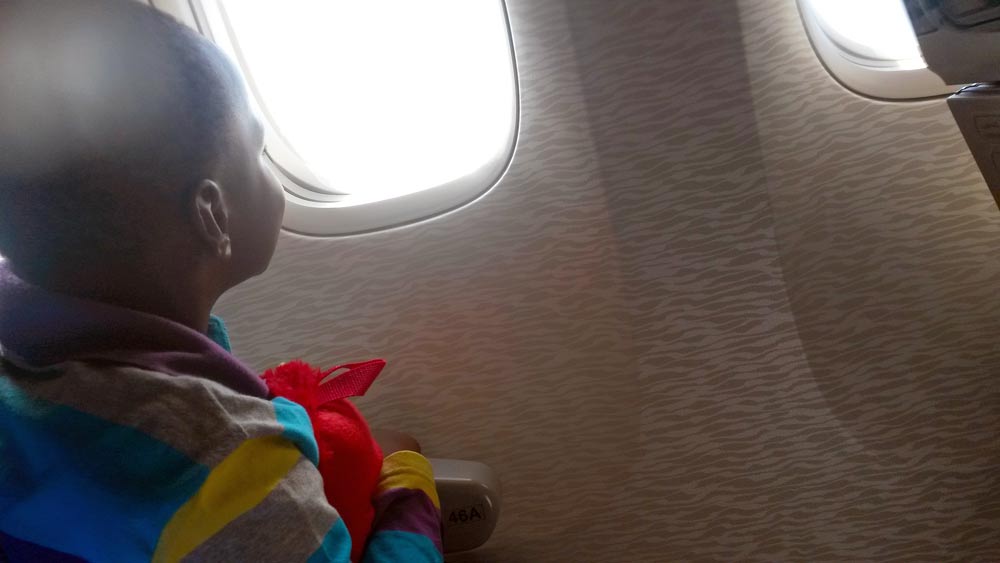 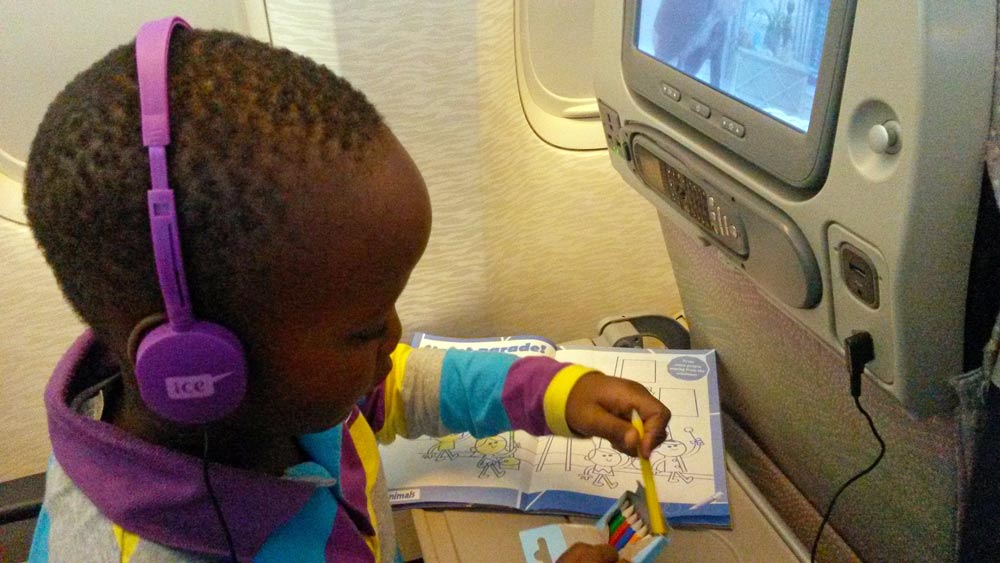 In my next post, I talk about where we stayed in Dubai and what we did while there. Keep updated by following Mummy Tales on Facebook and Twitter: @MummyTales

Meanwhile, have you voted for this blog? Mummy Tales has been nominated for an award in the 2016 BAKE awards – in the Best Topical Blog category. I will appreciate your support. Kindly click on this link to cast your vote (number 11 .b). Ensure you click on the ‘Submit’ button at the bottom of the page to complete the voting process. Thank you for your time.

The Diving Humans of Dubai 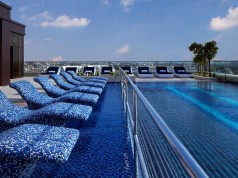 The Hotel that Took my Breath Away 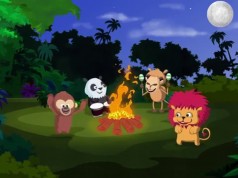 The Four Most Adorable Friends for Your Child