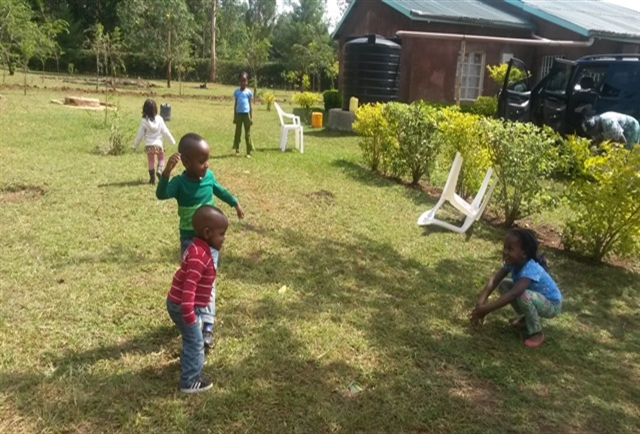 Hmmm, December. December has about a million and one things that need to be done URGENTLY! I hope your December is coming along just fine.

My December began in the last week of November when we traveled to the village. Our going to gichagi in Western Kenya –specifically in Matunda, Moi’s Bridge is always filled with lots of fun. We usually go the whole extended family –all aunts, uncles, cousins and our lovely kukhu.

The last time I was in shaggz was in 2011 when my relatives from Central Kenya (my paternal peeps from Othaya and maternal ones from Gatundu) had gone to see ‘where I went’ (direct translation from Kikuyu). I had written about that here and here. That time Kitty was just six months old but now, we went when he was 3.7 years old and with a little brother to boot 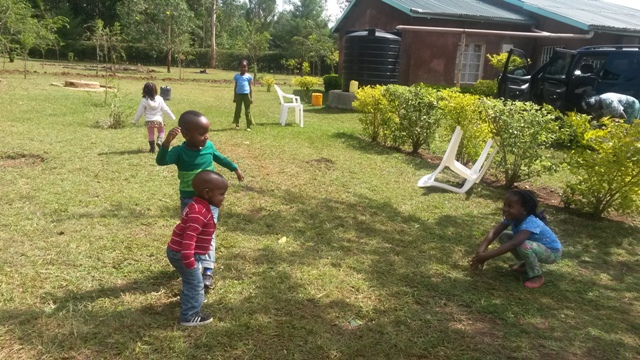 So our trip from Nairobi –we had planned on Starting it at 8am and hopefully be in Matunda by 1pm. We were leaving at the same time with Mwarikhwa Carol and her family, so we had agreed to follow each other (kufuatana) all the way to shaggz.

Us guys traveled five people in our car –Baba Kitty, myself, our dear nanny and our boys Kitty and Ello.

Mwarikhwa traveled with her family and three children, plus her sister and niece. In their car they were four adults and five children aged between 2 years and 7 years.

OFCOURSE, we did not leave at 8am. Si you know how travelling with kids is? You FINALLY struggle pack everything and everyone in the car then one suddenly says they need to susu, URGENTLY. And when that one finishes, the other one suddenly needs to pupu.

Anyways we set off at about 8.40am on that early Thursday morning.

Our first stop was in Nakuru. Ideally we weren’t supposed to stop there as such, but to be very honest, me I wanted us to stop. Why? Because about two months ago, I had published this this article titled: pulmonary embolism causes death in minutes‘ and the good cardiologist I interviewed –Dr. Mzee Ngunga of Aga Khan Hospital had said that one of the risk factors for PE is extended immobility, such as long travels without taking breaks to stretch your legs.

Actually in the article I had interviewed one gentleman called Boniface Shitambasi who had told me that he had traveled from Kakamega to Nairobi and upon reaching Nairobi, he felt dizzy and had to sit down for a while. Shock on him when about an hour later, he found himself in Aga Khan Hosptial –in the ICU struggling for his life. Diagnosis? Blood clot. Pulmonary embolism. Most likely caused by his extended immobility in the journey from Kakamega to Nairobi. Plus also while in shaggz, Boniface had spent his entire three-week leave on the couch watching Wold Cup. That could have contributed too.

Now, since it’s the Christmas holiday, let me share some important information given by Dr. Ngunga. Most long-distance buses usually stop in some towns, but there are some people who don’t like stepping out of the vehicle because:

2. They  want to continue sleeping.

Please to be stepping out of the vehicle to stretch your legs. It could be what will save your life.

Anyways, back to the trip to shaggz, after stretching our legs a little bit at the fuel station that we had stopped by in Nakuru, plus biting on a few bitings, we carried on with our journey. 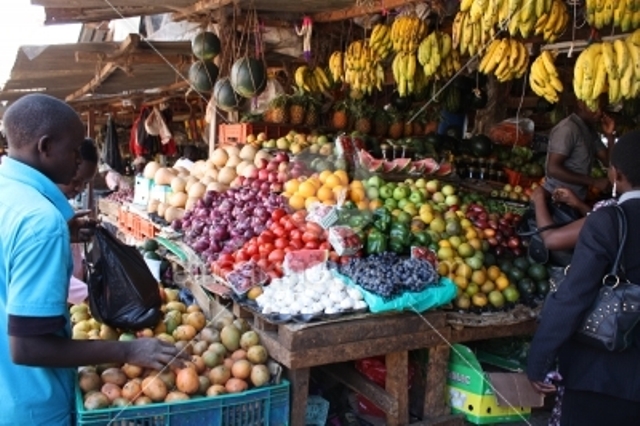 We reached the junction of going to Kericho and stopped there to buy some vegetables. By the way I saw huge beetroots that I have never before seen in my life. Those beetroots were the size of a watermelon!

We then proceeded with our journey and just before entering Eldoret town, we stopped by the Pine Tree Gardens for some lunch. I think we ate lunch for like 2 hours. The good thing is that the hotel has some very nice garden area where the kids had fun running around while us guys just chilled under the cool trees and nice breeze –while stretching our legs ofcourse. We ordered for chips, bhajias and fish fingers and even though we had to wait about 40 minutes for them, we were happy with what we were presented with. The food was fresh and nice.

Then we proceeded to Eldoret town center where we once again stopped by Nakumatt for some shopping. Took about another 30 minutes. Ello has eczema which flares up sometimes, and it so happened that around that time, it had flared up. So the dermatologist (Dr. Hanna Wanyika –NHIF building) had, in addition to some meds, told me to use the Dove original soap on him. Specifically the one with a navy blue packaging. Before leaving for shaggz, I had searched for that soap in all the supermarkets around where I stay to no avail. So I was very happy to see it in the Nakumatt Eldoret. I took 8 bars, didn’t want to take any chances incase I missed them again in Nairobi. Those 8 bars will serve Ello at least for a while.

So anyway, we continued with our journey. So we went and went, we didn’t get to stop anywhere else and we eventually got to shaggz at exactly 7.05pm. Surely! How many hours were we off-target? Yaani the whole day had been spent on the road!

Moral of the story is –when you are travelling with kids (and mothers), just don’t look at your watch. Just plan on getting there –whatever that time will be.

So in shaggz we met our other family members who had traveled the day before. We stayed until Sunday. It was so much fun. On Saturday, we went to Kitale to visit a conservancy where we had the opportunity to see disabled domestic animals. I had never before in my life seen a deformed cow, a disabled sheep or a hermaphrodite cow. I saw them all there. I will bring you photos of those animals in a subsequent post.

I think my kids will have nice memories of the village trips to the farm. Earlier this year, we had gone to Nyeri and I wrote about that here.

Being in Matunda also reminded me of my own childhood memories of shaggz. We mainly went to Gatundu because my grandparents on my dad’s side had passed on a long time before. I actually never met my paternal guka as he died before I was born.

In shaggz, the goats used to sleep in the kitchen while the chicken were in a room next door. I remember I used to share my food with the goats because I used to feel so sorry for them that I was eating and they were not.

I remember when sitting on three legged stools in the kitchen while waiting for shosho’s tea to boil and which we would eat with slices of tothi, we would roast some potatoes on the three-stoned jiko.

We used to go pick coffee during the day (and eat almost half of what we picked –raw coffee pods). Then my brothers would go to the monada (cattle dip). I always felt sad that I never got to a cattle dip because shosho said that girls don’t go to there. I really wanted to see a live cattle get into the monada, but sadly, I guess this will never happen because I hear cattle dips are so like yesterday and they don’t exist anymore

.I also remember when we would slide in the munyororoko (mud slides). Then we would go tua thara for the cows (don’t know what thara is in English). We would also climb the mango and loquat (luguad) trees and eat the fruits from there –unwashed and some of them unripe. No wonder we were always being dewormed.

On Thursdays we would go to ndunyu (market day) with shosho to buy and sell stuff. And on Sundays we would scrub our very dirty feet with Rexona, put on our Sunday best, and apply thick layers of vaseline on our faces and walk about 10 km to church — in Kiganjo.

About two days before we opened school, folks would come for us where we and our jiggered feet would hop into our treasured family car –the white Fiat 127. Then mum would spend the next few hours removing our jiggers with a safety pin as we narrated to her all our holiday escapades in the village. Good old memories I tell you.

I miss those days and I miss the times spent with my siblings –Betty, Danny and Sammy and my cousin Shiro who would often accompany us. All growned up now. Love you guys.

I hope I will be able to give my two boys such good memories as well.

Have a blessed December. 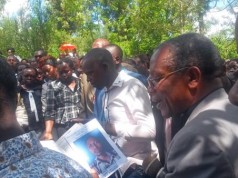 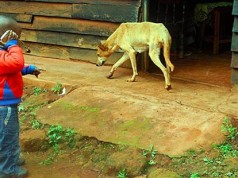 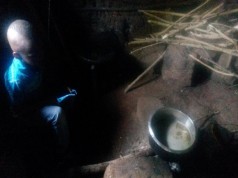