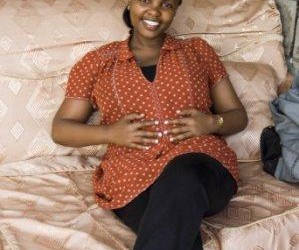 I’m now in month 4 of my pregnancy, and very happy at that! Why? Because the first trimester was quite the challenge!

I had lots and lots of morning sickness, which believe it or not – I might sound naïve here – the morning sickness came as a total shock to me! Why? Because I never experienced any of that with Kitty. With him, all I ever did was EAT and SLEEP all day long. Staying awake for more than 2 hours in a row would be quite a challenge for me, and staying for one hour without munching on something was quite the torture. With Kitty, morning sickness was just a myth to me. That pregnancy with Kitty was pure bliss. So naturally, I assumed that this pregnancy would be the same. Waaahhh, shock on me!

For starters, whoever came up with that term was very misinformed, because this morning sickness thing is not just experienced in the morning (musta been a man who came up with it). For me, it was more like 24-hour-sickness. For some other pregnant ladies I know, the morning sickness starts in the late afternoon, and goes on till bedtime. It’s different for different women and comes at whatever time of day, so that word ‘morning’ is very misleading.

What used to happen is that I used to wake up each morning feeling like crap, with a constant, nagging and persistent feeling like throwing up, only that I would never throw up. And that crappy-feeling-like-throwing-up-feeling would last all day long. You know, many are the times I thought that it would be much better if I did actually throw up, but the throw up never came, hard as I tried to focus on it. So each day I used to just survive with that awful sick feeling. Survive is the appropriate word because I cannot describe it better.

Friends, let me tell you – nausea can be crippling. It can arrest all your physical, mental and emotional faculties. I had no energy to do anything. I just used to get by, barely keeping my head above the water. Many are the times I asked myself: “who am I, where am I coming from, where am I going and what am I doing here? Am I alive or am I dead?” I tell you, nausea can make you ask yourself some questions you never thought you would. Can almost drive you insane.

And the eating part? I had zero appetite. But I used to force myself to eat because I knew I had to. Quite different from Kitty because with him I used to force myself to STOP eating. Sometimes I used to eat in hiding because surely even me I used to feel abit embarrassed by all that hogging. With Kitty there were no limits. But with this one….let’s just say that at my last doctor’s appointment, I had lost 2 kg’s within a month.

The only thing that kept me going was looking forward to week 12, because that’s when I knew the nausea would end. But I was wrong on that one again. The crappy feeling went on till week 15. And in those three weeks I kept lamenting until one time Baba Kitty told me: “You know nausea is not like a switch button that is programmed to go off at week 12…these things are gradual… It will end, so just be patient.” Words that I didn’t want to hear but I guess he was right.

Because it did actually end! I’m now in week 17 and totally enjoying myself. I’m back to normal and glad to finally regain my energy back. Right now I’m actually walking with a spring in my step and a bounce in my gait. I feel like an indomitable lion.

One thing I’ve learnt from this: is that every pregnancy is different, just like every child is different. I certainly will not compare my kids to each other because they’ve proved to be very different – right from conception! 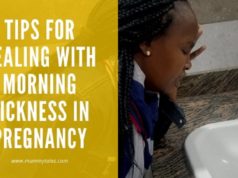