Kitty’s been achieving some major milestones of late. From crawling backwards, to sprouting teeth, and now he’s making attempts at walking. I know this will sound too cliché, but he’s growing up so fast!

Right now, he’s taking little baby steps, doing so while supporting himself against a sofa, table or while guided by an adult. 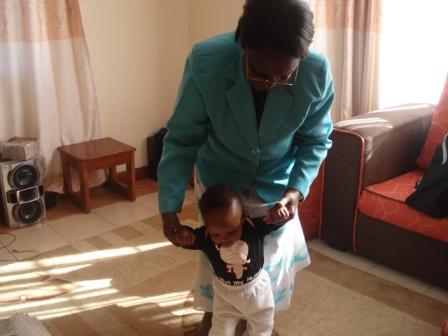 What he does is once he is on his feet, he takes a few huge leaps and with such syke, as though he were hurriedly rushing for a meeting which he was late to. Oftentimes he has this wide grin on his face, which he accompanies with some cheeky laugh –indicative of how very pleased he is with himself at his achievement. Then as he steadies on, his steps soon become slower as he begins getting tired. And no sooner, his legs become too heavy for him to lift. And it is at this juncture (yes Mama Tiffany, juncture!)  that he starts dancing on the spot. His dance moves basically constitute jumping up and down, like the way the Rare Watts of the ‘Win a Car Dance Competition edition 1990’ fame used to do it. Kitty dances for a while and when he gets completely tired, he without warning drops himself onto the floor –buttocks first, then refuses to move and looks up, waiting for someone -anyone to say something or do something. So what we usually do is clap for him for his efforts. And as we clap for him, he joins in the clap and begins clapping for himself.

Anyway, here are some photos of he practicing how to walk, being guided by his cucu, who totally loves hanging out with him. 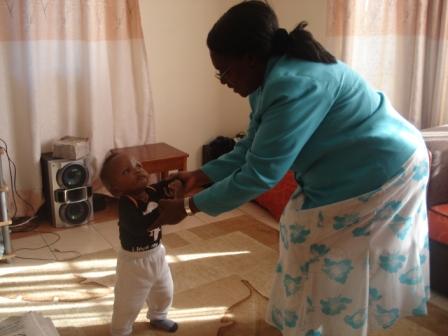 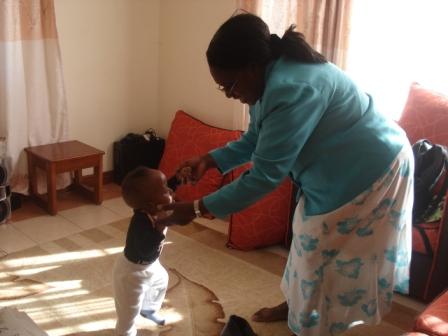 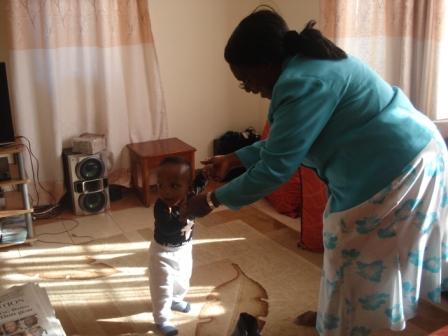 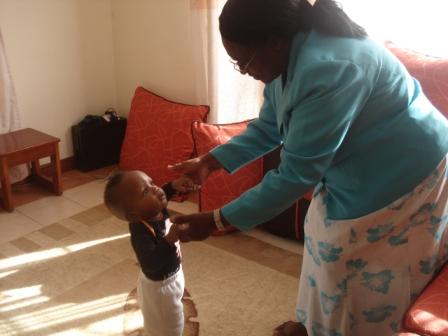 Oh and then I came across this West African proverb that I thought was apt: “By crawling, a child learns to stand 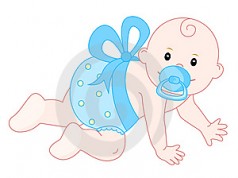 My Baby is Crawling -Backwards!!