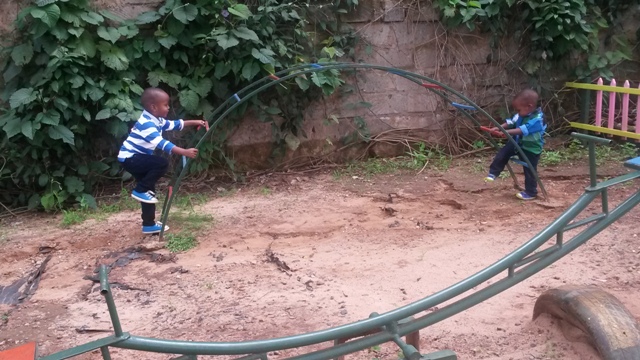 There is this Chinese restaurant on Gitanga Road, Lavington, called ‘For You’. Baba Kitty and I were introduced to this restaurant by Mwarikhwa Carol and her husband I think three years ago, and since that time we’ve done a couple of dinners there. I adore their chicken cashwenuts and vegetable rice.

Anyway, Mwarikhwa had also told us that it’s a good place to take the kids for a day out because of the different activities offered that can adequately engage the kids. An easy Sunday after church is especially ideal, she told us. So last Sunday after church, we decided to head out to ‘For You’ (that name though!).

And just as Mwarikhwa had told us, the boys did really enjoy themselves. After quickly munching on chips, off they hurried away to play (by the way no need to waste your money on those funky delicacies in some of these restaurants –the kids almost always just want chips and sausage they’re good).

They had fun at the toys section that contained all manner of toys –big, small medium, colourful, etcetera etcetera. Then there was a trampoline where Kitty spent time jumping up and down and doing whatever else is done at the trampoline. 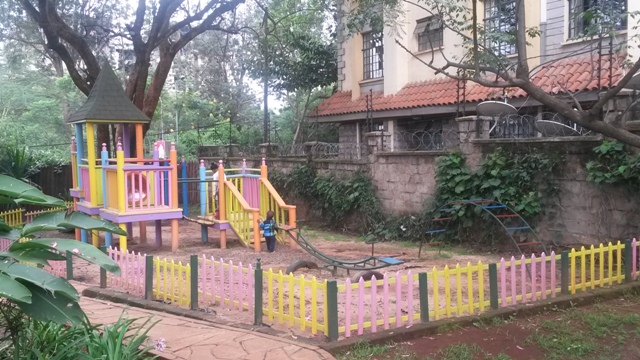 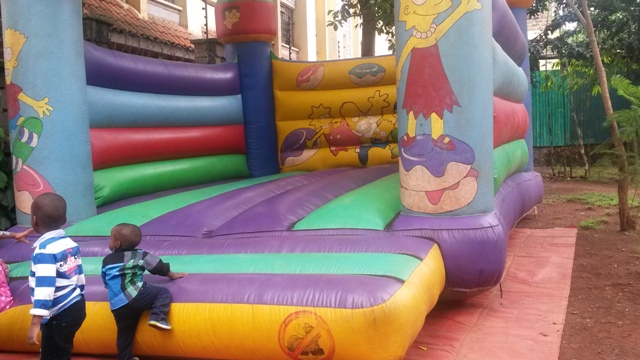 At the bouncing castle was a face painter –something that the kids ofcourse love.

Well, Ello is still too little to be on the trampoline, but he kept himself busy by following his brother everywhere and watching him from a distance.

His name is Tom Mwangome and he is visually impaired. He became totally blind when he was about two years old. Tom grew up in the coastal town of Mombasa, where he attended Likoni School for the Blind. He then proceeded to Thika School for the Blind for his secondary education. 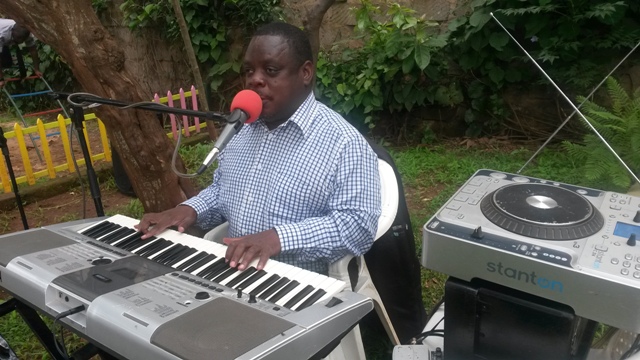 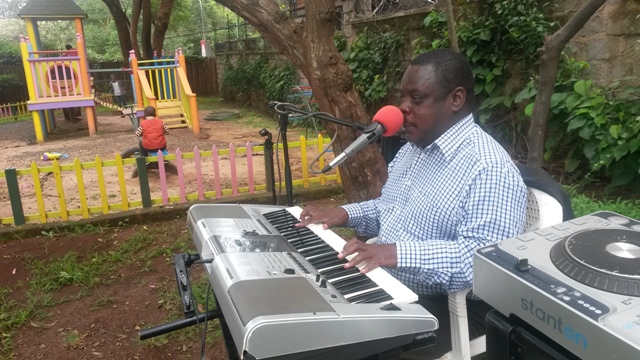 Throughout his schooling, Tom had a keen interest in music, and it was only in high school that he took it very seriously and began playing different musical instruments. He played the flute, the drums, the guitar and piano and others, but it is the piano that totally swept him away and he decided to stick to it.

Today, Tom, aged 42 years, makes a living solely off his music. He plays at ‘For You’ every Sunday from 12pm – 4pm. He is also the one behind the Twin Tunes band and he plays at different restaurants all week long. He also gets invited to corporate functions as well as personal functions such as weddings. Tom told me that through the income he makes from such gigs, he has managed to invest in some music equipment and a PA system and he is able to hire them out as well.

In addition, Tom offers private piano lessons to individuals. Music is in his blood, he told me. A nice conversation I had with him.

So that was an easy Sunday we spent at ‘For You’. If you’re looking for a place to chill out with the kids on a weekend or public holiday, then it’s definitely a plan. 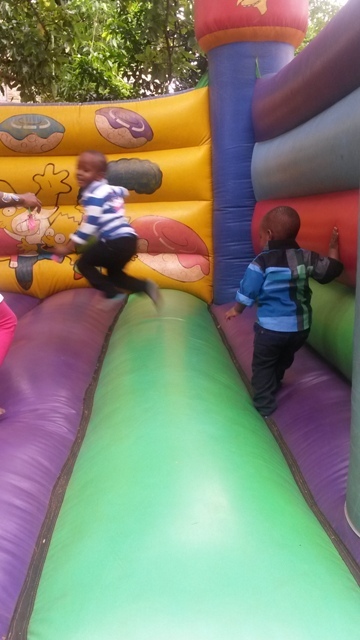 Oh and by the way, each time we visit the place, we are always gifted with some little items -from pocket mirrors to pocket torches and other such niceties. Last Sunday, the boys got some little toy cars which they were very excited about.

Oh, and the washrooms at ‘For You’ are clean too. For some reason that really matters a lot to me. The only issue I have is that they no baby-friendly changing area. I asked and I was told babies are just changed in the normal ladies loos. You would think that with the hundreds of kids who patron the place every weekend, they would atleast have put that in place. Anyway I told them to consider doing so and I hope they will. 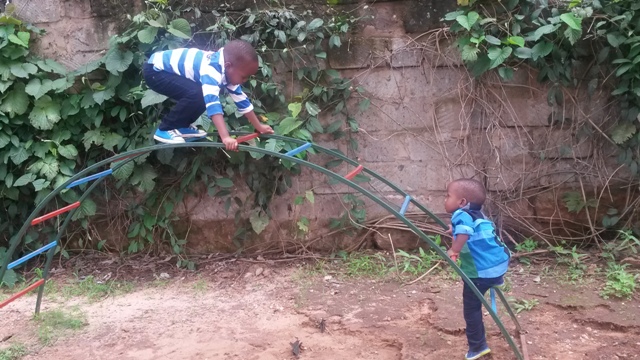 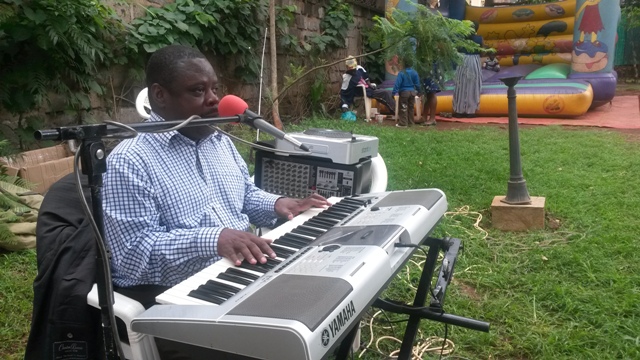 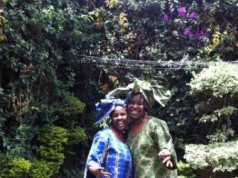 Lending Out Your Maternity Clothes: Yay or Nay?