In the last seven days, I’ve been hearing a lot of unfortunate incidents concerning pregnant women. There was the Langata six-month pregnant woman who we saw being battered by her husband on camera. Then there is a salon lady I know of called Shiro who died from post-pregnancy complications after delivering her fourth child. The baby survived. Then there is another beautiful lady who died from pregnancy complications -a severe blood infection following a miscarriage. And then there is this story now of Irene Nzisa. A very heartbreaking story.

Irene Nzisa, mother to a three-year old son and eight months pregnant was last week kidnapped from her Tassia home in Nairobi, murdered and her body dumped in Machakos. The body had several stab wounds, with two cans of pesticide found next to it. Irene’s body was discovered by children on their way to school.

According to her husband Francis Musembi, Irene had arrived from home from work at about 5.30pm, and shortly thereafter stepped out together with their son.

When he himself got home about three hours later, he found it unusual that there was no one in the sitting room. He nevertheless decided to sit down on the couch and relax, taking note that his wife’s favorite movie was showing on TV. All the while, he could hear the house girl doing some work in the kitchen, but after a while, he decided to ask her about the whereabouts of his wife and their son. The house girl said she had no idea.

Before he could put his mind around anything, he heard a knock on the door. It was two security guards. They had his son with them. That was when he sensed something was wrong. The guards told him that they had found the little boy at the main gate, alone, and asked him to take them to his parents’ house, which the boy did.

When asked about his mother, he said she had left in a car driven by ‘auntie’.

In his wife’s absence, Francis fed and bathed the boy before putting him to bed. Then he began the frantic search for his wife – who unfortunately had not carried her phone with her. After hours of searching for her unsuccessfully, he decided to head over to the Embakasi Police Station where he reported Irene as missing. He continued the earnest search for his wife the following day – making phone calls to everyone he knew, but no one had seen or heard of Irene.

She had disappeared without a trace.

Only that the day before, something significant had happened.

A neighbour’s house help told him that on the same day Irene disappeared, a woman had come around the neighborhood, asking whether Irene lived in the estate, and if she was around. The girl then directed the woman to Irene’s house. However, the woman did not proceed to Irene’s house, but instead left the estate. It is on that day, in the evening that Irene disappeared.

Then, two days later, Francis received the dreaded call: a pregnant woman had been found dead in Machakos, with her body having already been taken to Machakos Level 5 Hospital’s mortuary. Interestingly, Irene’s body was found next to her maternal uncle’s neighbour’s gate. Irene was dressed in the same clothes her house girl said she had last seen her wearing. Police are following crucial leads.

This story is completely disheartening. It is just hard to understand some things. Very hard. Remember this little boy in your prayers, a boy who will grow up without the love and comfort of his mother. Remember Irene’s family members and friends in your prayers too. This is a difficult time for them all. The death of a loved one through murder is one of the most hardest things to deal with. Ask me, I know. 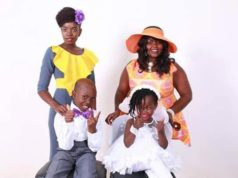 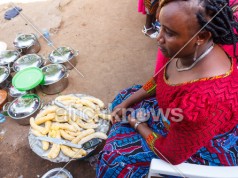 I’ve been with my House Girl for 9 Years. Here’s What I’ve Learnt so Far on What has Helped us Stay that Long