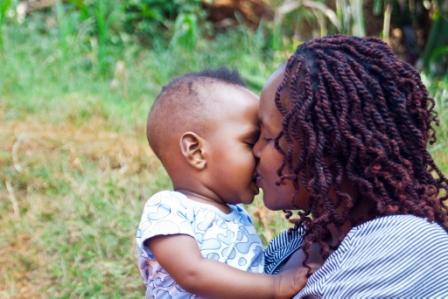 Okay okay okay trouble is brewing at home. Kitty is now 1.3 years old, and he’s an energetic young man -the true energizer bunny. Kitty is swift, sly and very calculating –skills that I don’t know where he got them from.

Now, Kitty likes getting his hands on just about everything. And I spend most of my days at home telling him: “no, no, no, no, no, x 300.” Geez! Problem is, when I restrict him from doing something he wants to do (such as trying to climb the window grills, reaching out for anything electrical, trying to remove the keys from my computer’s keyboard, or yanking off the dressing table knobs), he gets really upset. But that’s not the problem. Problem is when I tell him no, he comes right to where I am and smacks me in the face. Ala! Whatisssssss? Isn’t that a reversed role? Who is supposed to be smacking who?

First time it happened I was so shocked my mouth was left wide open and my jaw literally dropped to the ground as I rubbed my check, trying to ease the burning sensation from that smack.

Nowadays when he tries to hit me, I grab his hand mid-air and tell him not to, asking him to instead gently rub my cheeks. But from the look I get on his face when I do so, clearly he feels shortchanged. Sometimes though he is so quick he catches my reflexes down and he smacks me paaaahhh!! and the look of victory on his face tells alot.

Anytime I try to tell him ‘mummy will chapa toto’, he looks at me and giggles. And when I chapa him (using my finger to tap at his hand), he begins laughing. I’m never sure whether he is laughing at me or whether that tapping him is ticklish. But he laughs anyway.

And by the way it appears he only does this with me because when his father cautions him against doing something –baaaaaaass, he drops it right there and then and becomes a mellow sweet little boy and sits down nicely. I have never seen him try to hit his father. Surely is Kitty playing with my psychology? How old is he again? 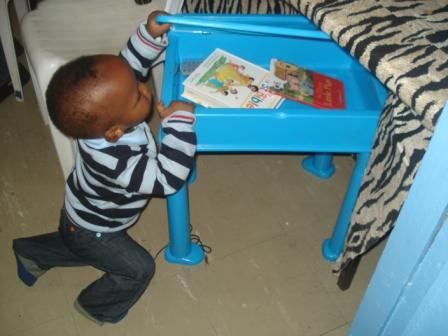 Now I’m wondering what to do. I mean really, is a child supposed to hit or pinch its mother when she’s trying to discipline him?  I have tried speaking firmly, looking into his eyes and slowly explaining to him that what he is doing is not right. But nothing doing.

So those who’ve been there, please advise because I’m running out of solutions. Right now, what I’m thinking of is getting a muiko and keeping it next to me so that I can use it when need be.

Mama Ajani and Mama Zoe, and are you with me or I’m on my own? 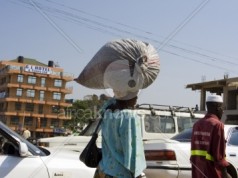 Back Home with Loads of Luggage