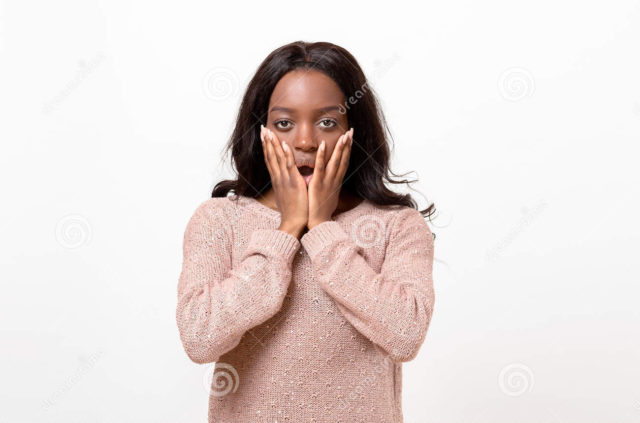 “For many teenage girls, the idea of getting pregnant -even when they are sexually active -is a thought that is often far removed from their minds. My name is Jackie, 20 years old and a mother of two girls. My story is not special and it is not uncommon. I’m just an average young lady who went to school, did my studies -and a bit on the side…”

Do you have a teenage girl? Are you talking to her about sex, or are you still waiting for the right time to have that conversation with her? Today on Mummy Tales, I feature a guest post from Jackie, who shares her own experience as a teen mom. Read on…

…This is my story.

Being a teenager, there are always two sides to your being; the one you put across to your parents, and the one that you are in front of your friends. There is what your parents have taught you, and then there is lots of peer pressure to be someone you are not. Add hormonal changes to that mix and you have teenagers behaving in all manner of ways and doing all sorts of things.

During my teen years, I sought out love that I felt I wasn’t getting but in hindsight, I was actually getting more than enough.

I found out I was pregnant when I was in form three, aged 17 years. When my period delayed for a week, I remember being so nervous about it, scared to death at the thought that I could be pregnant.

As much as I wanted to take a pregnancy test to confirm my fears once and for all, I couldn’t do so at that particular time because I was at a church camp. At the camp, I made friends with a friend who I confided in, and thankfully, she was not judgmental.

When the camp ended, I went to my friend’s house and since I didn’t have money to buy a pregnancy test kit, she bought one for me. I took the pregnancy test.

As I waited for the results, my heart was pounding so hard, I thought it would burst out of my chest.

Then the two distinct lines appeared, confirming what I had been dreading most.

The first thing I did was share the news with my boyfriend. I had kept him abreast about my missed period, and even though he was shocked at the positive pregnancy test, he nevertheless took it all in.

I spent my first trimester in school –a boarding school. Keeping the pregnancy a secret was so tough! I had to hide it amidst terrible bouts of morning sickness. When the nausea became unbearable, I confided in a few close friends who helped me cope and covered up for me where necessary.

Breaking the News to My Mom

As the pregnancy grew, I knew I had to inform my mom. She is a single mom who had been through so much, which made me even more apprehensive about breaking the news to her because I knew she’d be so disappointed in me.

I wanted her to hear it from me first before she started seeing my bulging belly.

When I broke the news to her as soon as we closed school, I didn’t get the reaction that I was expecting. She was quite calm about it. My mom told me she’d already suspected as much because I hadn’t asked her to buy me pads for a while –as I usually did.

Of course, she wasn’t exactly thrilled, but she told me that no matter how or when they come, children are always blessings from God.

I feel that I must say this: When a teenage girl finds out she’s pregnant, in her mind, it’s the worst thing to have ever happened to her. At that specific moment, she needs all the support she can get, otherwise she can easily harm herself or fall into depression. Thankfully, my mother never stopped showing me love and affection; she would always check on me to ensure all was well. This is what kept me sane throughout the pregnancy.

Refusing to Return to School

When schools reopened the next term, I refused to go back. This is because I was already in my second trimester and I was now showing. By that time word had already gotten out that I was pregnant, and there was so much gossip in school about me. The teachers were also discussing me. There was no way I was going to return.

So what I did was search for an adult education class where I continued with my studies. I was determined to complete my high school education.

At my new ‘adult school’, learning with older people was not as difficult as I had thought it would be. I didn’t feel out of place with them because they understood me and my situation. My interaction with them helped me see life in a different way and made me realize that it’s never too late to pursue your dreams and ambitions.

I went on to have a smooth delivery and was delighted to hold my newborn daughter in my arms. When she was six months old, I enrolled in a tuition center closer to home so that I could dash home to breastfeed during the lunch break.

But then, something happened that almost threw me into real depression this time around.

I got pregnant again! It happened when my first daughter was just a few months old! To say that I was distraught would be an understatement.

To be honest, talking about my second pregnancy is hard because I felt so disappointed in myself, and it felt even worse because I knew I had disappointed many other people, especially those who had helped me deal with all the drama of the first pregnancy.

When I thought about what people would say, and how they would judge me, I felt so terrible. Thoughts of having an abortion filled my mind.

However, I decided to accept the situation of my own doing and take responsibility for my actions. I was going to have the baby.

“Didn’t she learn anything from her first pregnancy?” they said.

But I decided to remain strong. I remember sitting for KCSE when I was pregnant while still taking care of my daughter who hadn’t even turned a year old! You can imagine how tough that was. Thankfully, I performed quite well in my exams.

What I Have Learned

Having a child changes everything. It makes you have a new purpose in life. I used this and made it my drive to make myself a better person. I returned to school and made effort to ensure that I wouldn’t fail in my exams. Today, I am a stronger woman and have used my children as my new found drive in life. I use this drive to help other women who may have gone through the same thing as I have. The negativity I experienced as a teenage mother of two helps me talk to other young ladies into being more informed about their sexuality and to empower them to make the right decisions.

My experiences have taught me that young people need to be given more sex education. Teenagers need to keep being talked to, to broaden their understanding on sex. Maybe if I had had more information, I wouldn’t have gotten pregnant –and pregnant again –so soon.

I often say that we should never judge anyone because there are things in life we don’t anticipate but yet they happen to us. In addition, everyone has their fair share of mistakes or things they’ve done in their lives that they aren’t proud of.

All in all, I thank God each day for my two daughters, who are such a blessing in my life and give me so much joy.”-END

Also Read: Is it Possible that my Daughter is Having Sex?

So that’s Jackie’s story. I hope you have learnt something from it. Share this article with a friend, sister, colleague, chama group… especially those with teen daughters. Encourage them to have age-appropriate discussions about sex with their daughters. As a parent, let them get this information from you; and not from another source. 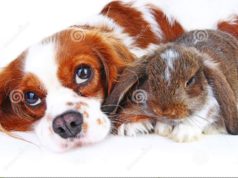 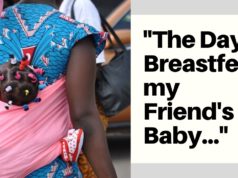 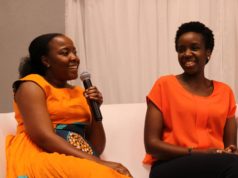 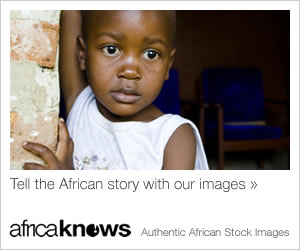